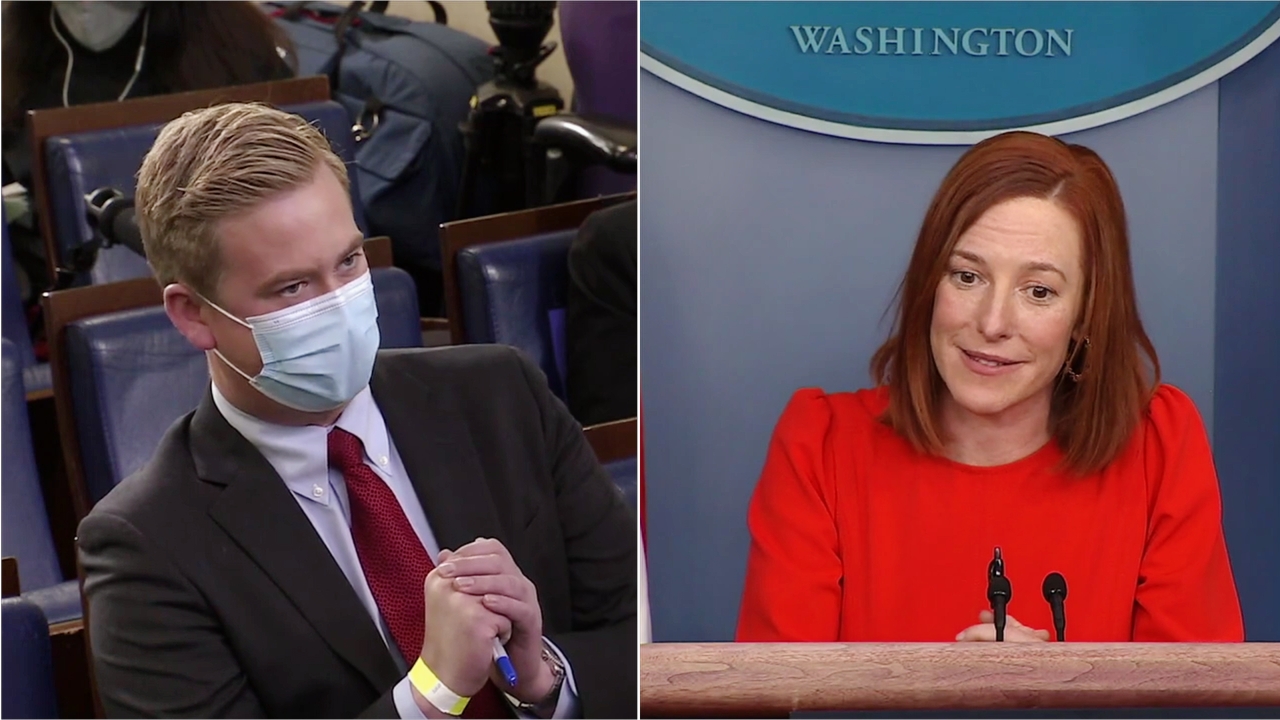 On Friday, Peter Doocy, a Fox News reporter, confronted White House press secretary Jen Psaki over the timing of new guidance over wearing masks from the Centers for Disease Control and Prevention (CDC) wondering why they lifted mask restrictions for fully vaccinated Americans. It seems like common sense to the rest of us but for a long time, the administration said you should continue to wear a mask and socially distance even after you’ve been vaccinated.

Republicans are rightfully suspicious of the administration rolling out the new COVID guidance on Thursday allowing Americans who have been vaccinated to return to a normal life, believing it was done to score political points to counterbalance all the bad news they have been getting lately like the border crisis, the gasoline crisis, the Middle East crisis, the inflation crisis, the jobs, and unemployment crisis and all the other crises brought on by this administration.

“Why today? The science hasn’t changed.”

Why today? The science hasn’t changed.

And she’s right. The science has not changed concerning the wearing of masks. It’s been this way for quite some time now. Many people believe that the administration kept up the whole you gotta wear a mask even after fully vaccinated thing because there’s an election coming in 2022 and they want to use coronavirus once again to push for mail-in ballots.

What kind of revelation is it to say that people who have been fully vaccinated no longer have to wear a mask and worry about catching the virus? Isn’t that the whole reason for being vaccinated? Isn’t that the reason why the Trump administration worked so hard to help the private sector to get the vaccines to market quickly?

“While the new mask guidance is encouraging, the CDC and my far radical left colleagues only chose to do this to distract from the consequences of catastrophic policy decisions that have been heard around the world,” Representative Andy Biggs (R-AZ), chairman of the House Freedom Caucus, said.

“Inflation is rising, the Middle East is in shambles, the working class can’t fill up their gas tanks, our border is being overrun and the Biden Administration’s leadership is nowhere to be found,” he added.

After Doocy questioned if the new guidance was politically motivated, he then threw President Biden’s own words at Psaki about lifting pandemic restrictions.

Back in early March, Biden said Texas and Mississippi were guilty of “Neanderthal thinking” when they lifted pandemic-related restrictions like removing the mask mandate.

Using that and the fact that less than half of American adults are fully vaccinated, Doocy asked Psaki, “So, what happened to President Biden saying in March that he thought lifting mask mandates before every adult American goes and gets a shot is ‘Neanderthal thinking?'”

Psaki replied that the science has been the administration’s “North Star” and then went on to deny that the CDC’s updated guidance was politically motivated.

“Well, first, let me say that the president… our North Star has been listening to the guidance of our health and medical experts and teams, and that’s exactly what we’re doing in this case. And just to reiterate: The CDC — the doctors and medical experts there — were the ones who determined what this guidance would be, based on their own data, and what the timeline would be. That was not a decision directed by, made by the White House. The White House was informed of that decision, just to give people assurance of that.”

In other words, the press secretary didn’t answer the question.

If Psaki believes the science was their North Star, then I suggest they buy a compass instead, because they did not follow the science throughout most of the pandemic.

Doocy then doubled down asking again if President Biden still believes states like Texas and Mississippi, states that reopened months ago, are guilty of “Neanderthal thinking?”

To that, Pskai responded without mentioning Biden’s statement about Texas and Mississippi.

“Well, again, I would say that even with this guidance that’s out there, the guidance is not telling states and localities exactly how they should implement. As you know, there are some localities and states in the country that have higher rates of vaccination than others, some communities that have higher rates of vaccinations than others. And we even know, as this is being implemented, that different localities, businesses will implement it in the way that they feel will help ensure their community is safe.

But I know I am reassured by listening to the guidance of health and medical experts, not political decision-making. So, that’s the point we’re at now.”

She never answered the actual question if the president thinks of the two states he accused of neanderthal thinking who it turns out were right all along.