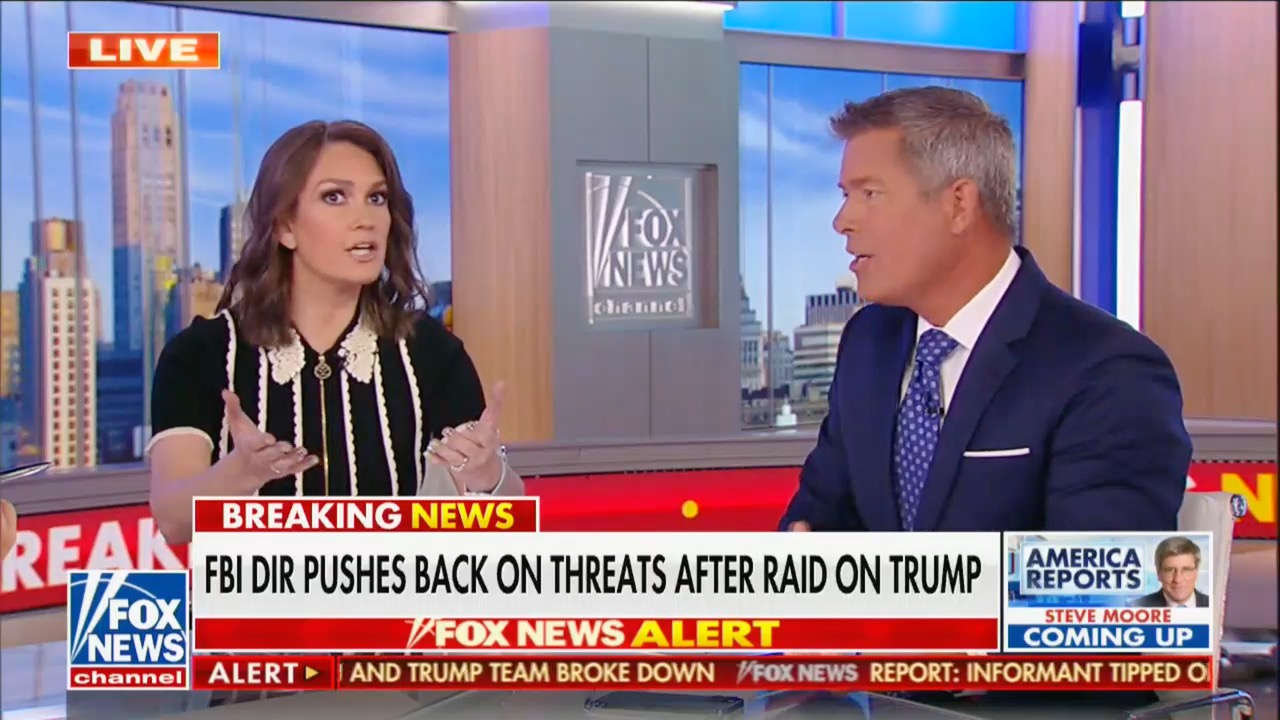 Fox News contributor Jessica Tarlov is a funny lady. She doesn’t try to be, but she is nonetheless. She got into a shouting with another Fox contributor, Sean Duffy.

Duffy made the case that we have a two-tiered justice system and he tried to point out the difference between the treatment Hillary got compared to Trump.

Trump was targeted by both the Steele Dossier which Hillary paid for and Alpha Bank, which Hillary’s campaign just made up.

Tarlov brought up the fact that Trump had boxes in storage that contained classified information. That could be true, but the FBI went through those boxes a few months ago and could have taken them then if they were so vital.

Moreover, Russia and China have no access to Trump’s storage, but Hillary’s unprotected private server was available to everyone.

On top of that Trump preserved all of the papers he took, whereas Hillary deleted over 30,000 of them, which is obstruction of justice.

Tarlov argued the former president stored highly classified information in the 15 boxes in Mar-a-Lago. The National Archives and Records Administration requested for Trump and his associates to hand over the boxes of White House documents, leading them to receive some “classified national security information,” sparking an investigation by the Department of Justice, according to The Wall Street Journal.

“It is breaking the law,” Tarlov said. “It matters.”

“Jessica, hold on a second. He has documents, papers in boxes. The Chinese and the Russians can’t access those boxes of information. But Hillary Clinton’s server is public to the world,” Duffy responded.

“Guess what, she was punished!” Tarlov shouted. “She lost the election.”

Now, try to follow Tarlov’s reasoning here. Yes, Hillary used an illegal private server, and yes, that illegal server was very porous, and test, she deleted over 30,000 emails but she was punished by losing the election. Duh. Do I really have to explain to you just how idiotic this woman is?

No, Trump cooperated and allowed a complete search just a couple of months ago. Hillary did not cooperate. She tried to hide her emails by deleting them.

Does Tarlov actually expect to be taken seriously?