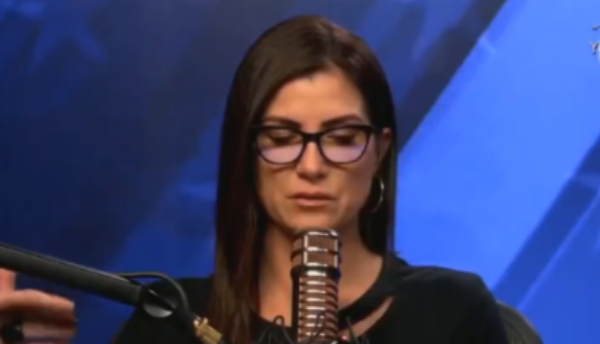 Dana Loesch expressed how badly the GOP needs to win back the senate in by saying, “I don’t care if Herschel walker paid to abort endangered baby eagles. I want control of the Senate.” The clowns on the view took that statement and tried to turn it into an entire daytime drama, complete with legal notes.

Ultimately, Loesch got the last laugh…

Whoopi Goldberg complained, “First of all, ma’am, there’s a lot of women who find themselves in a position of having to have an abortion. How dare you call them “skanks,” first of all.”

She continued, “And I believe the whole point is that Walker is saying, I believe that this is murder. I believe – and has paid supposedly for women to have abortions. That’s the point. If you are going to — if we’re going to have these discussions, please stick to them and not go off calling people names. Because I’m keeping calling you a name out of my mouth ‘cause it’s not the right thing to do.”

Up next was faux Republican Alyssa Farah Griffin to bloviate about what was happening to “my party” and suggested Loesch was a manifestation of “the moral rot that’s taking over.”

“I can’t defend that for a second. As a pro-life woman to hear someone else like Dana who is pro-life call women who get into situations where they need abortions ‘skanks’ is just shameful,” she proclaimed.

Loesch had plenty to say to Whoopi and Griffin in response:

To Whoopi, Loesch clapped back: ” I refuse to coddle or celebrate irresponsible women who use abortion as birth control. I’m right, so get over it. That you’re angrier over that than murder speaks volumes about your character.”

Loesch also slammed the fake Republican Griffin saying, “good to know you find an honest description of females who use abortion as birth control more heinous than actual murder. Thanks for showing you’re willing to put lives on the chopping block if it means the left will validate you.”

Oh, and @Alyssafarah — good to know you find an honest description of females who use abortion as birth control more heinous than actual murder. Thanks for showing you're willing to put lives on the chopping block if it means the left will validate you. https://t.co/okLdNwO0gf

The show then took a strange twist with Ana Navarro taking the lead to bash women who bash women… Only to bash women. I kid you not! Navarro first argued that she detested women who hate on other women, referring to Loesch’s use of the word ‘skank’. She quickly turned around to ask why we should elect someone into office who ‘sleeps with skank’ because ‘he clearly makes bad choices:

After that dumpster fire of a show, the legal team stepped in and forced Sunny Hostin to read a legal note, which she did with a snarky attitude explaining that Hershal Walkers has denied all allegations the left has made:

This show is nothing more than a disorganized mess. It’s really sad that they hold such a big influence over liberal voters. They should take a step back and realize that they’re being played. Just look at how this one story twisted and turned to fit their narrative.