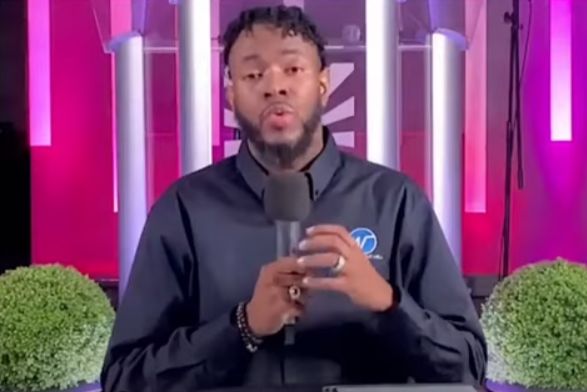 A Missouri pastor appeared to be berating his congregation for not getting him a Movado watch that he apparently asked for last year. According to the clip posted on TikTok, the past says he is disgusted with the way his congregation has been ‘honoring’ him.

The clip was posted by a local digital news outlet called The Kansas City Defender, and was taken from a live-streamed Sunday service at The Church of The Well in Kansas City earlier this month. The clip has since gone viral, amassing more than 550,000 views in four days.

“I even found out that Movado, you can buy a Movado watch at Sam’s [Club],” Funderburke went on, prompting at least one congregant to shout back “yes, you can,” while another tapped him on the shoulder with something. “And y’all know I asked for one last year. Here it is, the whole way in August, and I still ain’t got it,” he said. “Y’all ain’t said nothing. Let me kick down the door and talk to my cheap sons and daughters.”

Kansas City Pastor GOES OFF on congregation calling them “poor, broke busted and disgusted” because they didn’t give him enough money to buy a new watch he’s been wanting. It’s pastors like these that give the church a bad name smh an also why a lot of our generation left the church. What y’all think? 🤔

As you can imagine, the majority of the commenters on TikTok slammed the pastor for putting possessions ahead of his congregation. I looked up Movado watches and some of them can cost thousands of dollars—the cheaper ones cost several hundred.