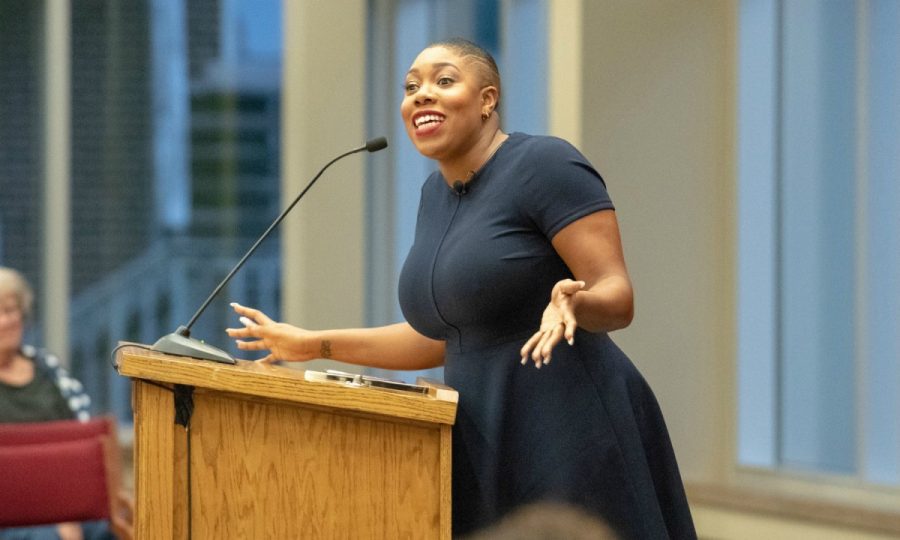 Former Biden campaign official Symone Sanders, who once said “We don’t need white people leading the Democratic Party right now,” and then went on to work as press secretary for Senator Bernie Sanders (I-VT), an old white man, recently said that Democrats need to stop talking about the Mar-a-Lago FBI raid over what ultimately turned out to be declassified documents seized by the corrupt FBI at former President Donald Trump’s home, and focus instead on President Joe Biden’s successes.

During an appearance on “Meet the Press” on Tuesday, Sanders was asked how Biden could take advantage of the news cycle after getting the disastrous “Inflation Reduction Act” through Congress.

“Look I think the White House needs to continue to do what they have been doing,” said Sanders.

You mean like creating record high inflation, high gasoline prices, a crisis at the southern border that has ramifications and consequences for all Americans and all the other horrible things this administration has done to our country? You mean like that stuff?

“I think you heard the president give a shot across the bow in his remarks today, talking about, you know, there are those who basically want to be detractors and there are those who focused on the work, that’s how we make a life change for the American people,”.Sanders said.

“I do think there’s a responsibility on Democrats to do not take the shiny object. There’s nothing to be helped by talking about this investigation from [U.S. Attorney General] Merrick Garland,” Sanders continued.

“Let Merrick Garland do his work. The White House needs to focus on selling this agenda and explaining to people that no, 80,000 IRS agents aren’t coming for you middle-class Americans,” she concluded.

What Sanders doesn’t understand is that the Democrats are weaponizing the DOJ against Donald Trump and Republicans in government because they can’t brag about the damage their party has done to the country. Things are really bad right now, and for Sanders to go off like this, claiming that Democrats need to brag about the job they’ve done, shows just how out of touch she is with what middle-class and working-class American are living through right now.

What are they going to brag about? “We Botched the Afghanistan withdrawal, but at least we handed $84 billion in US military equipment to the terrorist group the Taliban.”

Or how about, “We just passed a bill that will increase taxes on middle-class Americans and spends even more money during a bad inflation cycle.”

I know, “Our immigration policies gave you a reason to learn Spanish!”

The Democrats are broken.