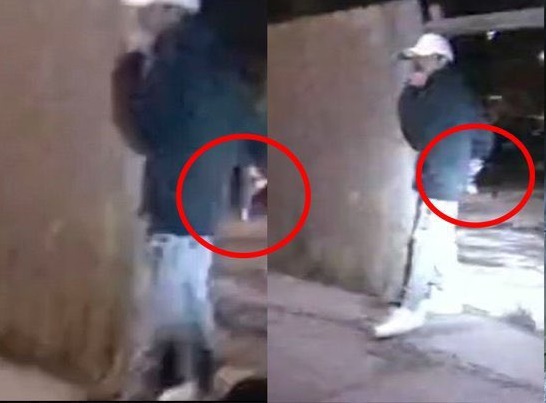 The big story in the news today is the fatal police shooting of 13-year-old Adam Toledo by a Chicago police officer. Police got a call that someone was shooting a gun and the call resulted in police chasing the teenager who is clearly seen in the body camera footage carrying a gun as he was running through an alley. Some in the mainstream news media want you to believe that he did not have a gun and that the officer involved just shot him for no reason. That is the mentality of many in Fake News today.

The whole reason why we have the “Freedom of the Press” clause in the First Amendment is to allow the news media to print the truth without repercussions from a tyrannical government trying to silence them. Something the Founding Fathers never dreamed of was the overwhelming majority of news media reporters siding with a political party over all else and fabricating news instead of just reporting news to help their party, but here we are in 2021.

CBS News, not for the first time, has outdone itself in dishonesty, manipulating the truth to fit the Democratic Party narrative that cops are needlessly killing people.

The news outlet intentionally edited out the part that shows the gun in the 13-year-old’s hand just before I shot him. How do we know? Because if you watched the real video – which we have below – you see the most crucial part that CBS yanked out. They edited Toledo leftward to keep his gun hand hidden before they panned the screen back to reveal him getting shot. They manufactured a story allegedly with the intent of causing civil unrest. They had to know that what they did could potentially cause riots to break out in Chicago and other cities across the country. Only evil people would do that, folks.

Do you see how Toledo had the gun in his hand 38 milliseconds prior to being shot?

If you just had the CBS video to go by, no matter what your political side of the spectrum, you would be outraged after seeing a kid stop running, and raise his hands only to be shot by a police officer. And you should be just as outraged when you learned that CBS manipulated the video to remove the part where Toledo was stopped in the same spot as the video only the gun in his hand was removed by CBS.

This incident shows what police officers have to go through all the time when they have to make a split-second decision to save their own life or that of someone else’s. This time, the officer had 38 milliseconds to react. There is no formula told people to when dealing with human beings.

Put yourself in the officer’s shoes. He received a call that someone was shooting a gun in the neighborhood. He found the person who fired the gun and chased after him, knowing that at any time the teenager could have fired on him. The cop saw the gun in his hand all the way up to the point where the kid tossed it, with his back turned and out of the view of the officer, and then turned around quickly to face the cop.

Ryan Saavedra took to social media to point out the obvious to anyone paying attention to this case.

“This video is deceptively edited and cuts out the portion of the police officer’s body camera footage that showed that the suspect was holding a gun.”

This video is deceptively edited and cuts out the portion of the police officer’s body camera footage that showed that the suspect was holding a gun https://t.co/FC4C6W1CZi pic.twitter.com/f9JUAaUYAn

Here is the full video.

It is clear as day that Toledo had the weapon in his hand until the split second before he turned to face the officer and raise his hands.

Another thing you don’t see in the video edited by CBS News or practically any other outlet is that the officer tried to save the young man’s life. He asked him if he was okay, he asked him where he was shot and tried to find the wound so he could assess the damage. He called for immediate help, and he started CPR on the teenager. CBS edited out all of that from the video. That’s because CBS like a lot of the rest of Fake News do not want you to know what really happened. They have an agenda and that is what the Democrat party wants, which is to crack down on gun ownership. But the problem with that is that law-abiding gun owners will be the only ones who get harmed by such laws. Toledo would still have had a gun, no matter what gun control laws were passed.

Another user shared his outrage as well.

“Regardless of how anyone feels about this shooting. Right or wrong. Justified or not. EVERYONE should be outraged that it was purposefully edited to elicit a desired response from us. If we don’t wake up to what they’re doing, we’re gonna tear ourselves apart. Smarten TF up.”

Steven Boots, another outraged user, got into how he originally fell for what CBS tried to do.

“I was so appalled at this video when I first saw it… then remembered this is CBS and low and behold the video has been edited. The right side of the screen has been narrowed ever since [sic] slightly.. in the unedited Version this man has a gun in his right hand.”

I think it’s time for the American people to demand accountability from news networks that intentionally fake information to manufacture news instead of reporting it. And boycotts and not effective, because the Woke in news don’t really care about ratings. Just looks at CNN. I think when a news outlet is caught this red-handed, they should be suspended from publishing the news. They should be fined heavily and shamed. But in this crazy world in which we live in you wish in one hand, and spit in the other and see which one fills up first.