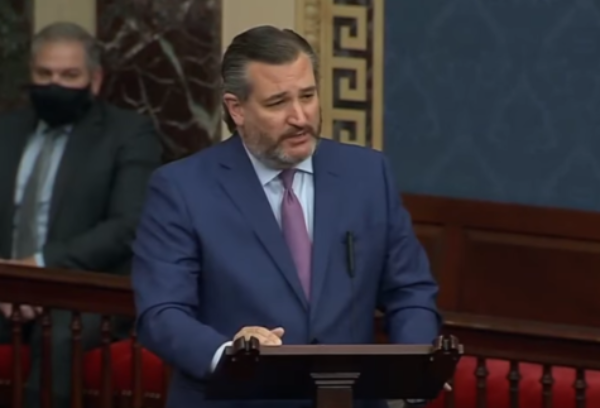 Sen. Ted Cruz discusses how by not doing anything to secure a porous border, President Biden is the one being “racist” Tuesday on “Jesse Watters Primetime.” Cruz was responding to former President Obama’s remarks where Biden claimed the concerns over the border has more to do with skin color than anything else:

“Right now, the biggest fuel behind the Republican agenda is related to immigration and the fear that somehow America’s character is going to be changed if, people of darker shades, there are too many of them here,” Obama told moderator Gary Acosta, the co-founder and CEO of the National Association of Hispanic Real Estate Professionals.

“I wish I could be more euphemistic about it except (they’re) not that subtle about it — they’re just kind of saying it,” Obama said. “You hear it on hard-right media, you hear it from candidates and politicians, you hear things like ‘great replacement theory’ — I mean, this is not subtle. Unless we’re able to return to a more inclusive vision inside the Republican Party, it’s going to be hard to get a bill done.”

Cruz concluded, “Biden will do nothing to stop the 100,000 fentanyl overdoses that happened last year. That is grotesque.”

Fentanyl overdoses caused by the drug pouring over the border freely have reached such a critical level that schools have now begun handing out Narcan to students and educating them on how to use it ‘just in case’. How much worse does it need to get than that?