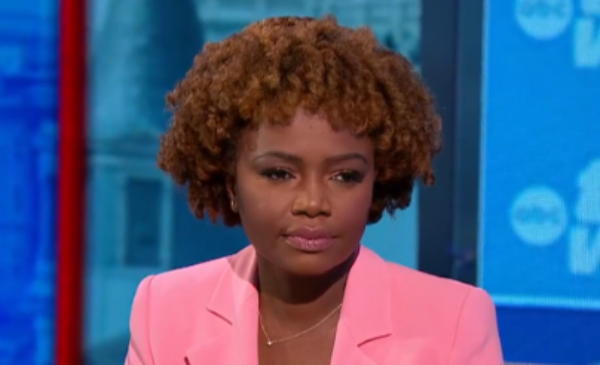 White House Press Secretary Jean-Pierre has proven to be completely obvious in all aspects of her job as Biden’s mouthpiece but this, by far, has to be the worst example of how clueless she really is. During a back and forth between Peter Doocy and Press Sec Jean-Pierre, the clueless wonder stated that people are not just walking into the country.

Doocy should have known it was going to be one of those nights, she first responded to him with a slight. Saying, “I could have walked away and not taken your question, Peter.  But I will take your question.”

Doocy asked, “How come migrants are allowed to come into this country unvaccinated but world-class tennis players are not?” To which she denied that it’s happening. The two were discussing vaccination and immigration and how the White House is okay with some being unvaccinated, but not others.

Doocy followed up with, “so, how is it two different things?  Somebody unvaccinated comes over on a plane; you say that’s not okay.  If somebody walks into Texas or Arizona unvaccinated; they’re allowed to stay.  Why?”

So what they’re talking about: a would-be US Open tennis competitor Novak Djokovic has withdrawn from the US Open due to travel restrictions into the United States as a result of being unvaccinated against COVID-19.

Doocy followed up by asking her again how come some people are just allowed to walk in uncaccinated when legal travelers cannot. Jean-Pierre must have been caught off guard because she fell into stammering all over her words with the only solid thought coming through is that she doesn’t believe that is what’s happening.

I don’t believe she could possibly be this clueless. Jean-Pierre is just terrified that someone will remind voters of the very real crisis brewing down at the border right after Biden just dropped millions winning voters back.