Need a good laugh? Just catch one of the many liberal late-night shows following the leak from the Supreme Court Justices’ pending decision to overturn Roe V. Wade. In a scathing monologue from Trevor Noah, “<a href=”https://www.foxnews.com/media/late-night-hosts-roe-v-wade-overturning-colbert-noah-meyers”>The Daily Show</a>” host asserted that the “history” of America is that men can control “what women do,” adding that abortion has also become a part of history and “tradition” in the U.S.

“You want to talk about history and tradition, I think it’s safe to say [abortions] a tradition at this point,” Noah remarked. “Like if you go without electricity for a weekend you’re camping. If you go without if for 50 years, you’re Amish mother——. That’s just who you are.”

“<a href=”https://www.foxnews.com/media/late-night-hosts-roe-v-wade-overturning-colbert-noah-meyers”>Late Late Show</a>” host James Corden also pressed the panic button on abortion when he proclaimed the leaked opinion could be the “the biggest rollback of human rights in modern U.S. history.”

Corden added that the news was “stunning and sad and terrifying,” ripping Republicans who are against vaccine mandates and masking, but favor a reversal of the landmark Supreme Court case.

Justice Samuel Alito’s draft opinion said in part that “It is time to heed the Constitution and return the issue of abortion to the people’s elected representatives.”

CBS “<a href=”https://www.foxnews.com/media/late-night-hosts-roe-v-wade-overturning-colbert-noah-meyers”>Late Show</a>” host Stephen Colbert, mocking Alito’s words, cracked, “Yes, it’s time to return this issue to the guy who Venmos teenagers for sex and the woman who believes in Jewish space lasers.”

Furthermore, Colbert accused conservative justices, such as Amy Coney Barrett and Brett Kavanaugh, of lying about their opinion on Roe v. Wade and perjuring themselves in order to get the job.

“But what do I know? I’m no Supreme Court Justice. I’m not a good enough liar,” Colbert added.

Meanwhile, NBC “Late Night” host Seth Meyers acted in an extensive and scathing sketch with comedians Amber Rufflin and Jenny Hagel, who portrayed two representatives from the Democratic Nation Comedy (DNC). The two “representatives” satirically panicked that there was absolutely no chance for Democrats to stop an end to abortion in America.

“So you really think there’s still hope?” Meyers asked at one point.

“F— no. Can you even hear yourself? You sound insane right now. The legislative branch? Have you heard of Joe Manchin? We can’t get anything through there!” Hagel and Rufflin exclaimed, in a state of full-blown hysteria.

Hagel and Rufflin then said they would take the issue to the courts and then the Supreme Court in an effort to fight back.

<script type=”text/javascript” src=”https://video.foxnews.com/v/embed.js?id=6305598443112&w=466&h=263″></script><noscript>Watch the latest video at <a href=”https://www.foxnews.com”>foxnews.com</a></noscript>
The response from the left has been unanimously neurotic with absolutely zero concern that there was a leak in the first place. This is the highest court in the country. The most important court body in the world. It should be the ONE organization that does not leak.

Returning power (via Amendment 10) to the states is NOT the answer for our country. When biblical standards are rejected, state governments are just as wicked as is the federal government.

Our only answer is a return to Yahweh the God of the Bible as America’s Sovereign, His Son as the Savior of the remnant, and His morality as found in His perfect law and altogether righteous judgments (Psalm 19:7-9) as government and society ethical standard.

As an example: Most people considered Justice Scalia a conservative.

QUESTION: What’s the true conservative position regarding in utero infanticide (aka “abortion”)?

QUESTION: Why was this Scalia’s position?

ANSWER: Because to Scalia the Constitution was the Supreme Law of the land, rather than the Bible’s immutable/unchanging moral law.

For more, see Chapter 19 “Amendment 10: Counterfeit Powers” of free online book “Bible Law vs. the United States Constitution: The Christian Perspective” at Bible versus Constitution dot org. Click on the top entry on our Online Books page and scroll down to Chapter 19.

See also blog article “Right, Left, and Center: Who Gets to Decide?”Search title on our Blog.

I get paid over 190$ per hour working from home with 2 kids at home. I never thought I’d be able to do it but my best friend earns over 10k a month doing this and she convinced me to try. The potential with this is endless. Heres what I’ve been doing..
🙂 AND GOOD LUCK.:)
HERE====)>  https://www.hmjobz.com 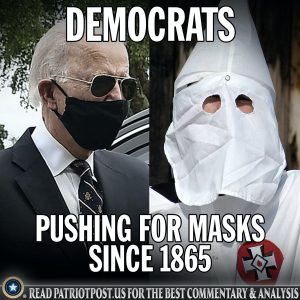 I get paid more than $200 to $400 per hour for working online. I heard about this job 3 months ago and after joining this I have earned easily $30k from this without having online working skills . Simply give it a shot on the accompanying site…
Here is I started.…………>> http://Www.CASHAPP1.Com

Last edited 17 days ago by TeriElder
-1

Does this include grooming children?

This year now its very very easy to earn more income online. start using this job and earn more than $15000 every month very easily. now its time for you to change your life. check this website for info.
🙂 AND GOOD LUCK.:)
HERE====)> http://Www.Homzjob.Com

Last edited 17 days ago by cakejeh
-1

Does the IRS know about this scam?

DO NOT OVERLOOK that if overturned, under the Constitutional Republic’s man-made capricious laws, this can just as easily be overturned again by a future court. This unlike government established upon the Bible’s immutable/unchanging moral law.

JUST THINK: Had the constitutional framers* (like their early 1600 predecessors) established government and society upon the Bible’s immutable/unchanging moral law (including Exodus 20:13, 21:22-23, Deuteronomy 27:25, etc.) no one would have heard of Roe v. Wade, Planned Parenthood wouldn’t exist, and millions of infants slaughtered in their mothers’ wombs financed by the Constitutional Republic would have lived to see the light of day.

SEE our Dominion Packet consisting of the following four books:

1) Law & Kingdom: Their Relevance Under the New Covenant

2) The Romans 13 Dominion Template: Ten Reasons Why Romans 13 is Not About Secular Government

3) Ecclesia vs. Church: Why Understanding the Difference is Critical to Our Future

4) A Biblical Constitution: A Scriptural Replacement for Secular Government

All four books can be found for free on our Online Books page at Bible versus Constitution dot org.

I get paid over 190$ per hour working from home with 2 kids at home. I never thought I’d be able to do it but my best friend earns over 10k a month doing this and she convinced me to try. The potential with this is endless. Heres what I’ve been doing..
🙂 AND GOOD LUCK.:)

Trevor Noah, Seth Myers, Stephen Colbert, and the others could not find two functioning brain cells among any three of them. Make their little jokes, then shut their pie holes.

I am creating an honest wage from home 1900 Dollars/week , that is wonderful, below a year ago I used to be unemployed during an atrocious economy. convey God on a daily basis. I used to be endowed with these directions and currently it’s my duty to pay it forward and share it with everybody, Here is where I started…………Www.Live124.Com

Who ever leaked the draft of the SCOTUS on abortion should be arrest and jailed. They
haven’t made up their mind yet. They did this to cause a riot.

It’s well past time that we take an intense look at the thousands of illegal laws on the books and overturn them, damn near every firearm law created is Unconstitutional hence illegal. “Shall Not Be Infringed” Period…