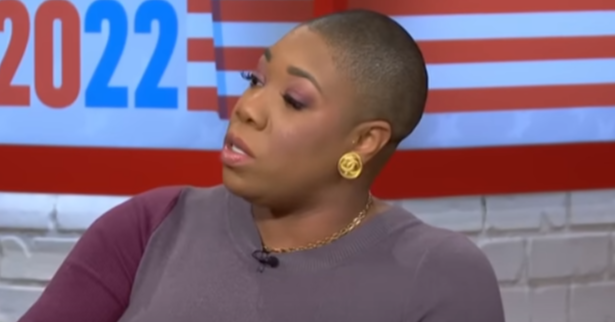 The cracked-out Morning Joe crew did it again. With the help of Al Sharpton and Joe Scarborough tried to link the Democrats to the bible. This time likening Georgia’s failed Democrat Stacey Abrams to Moses of Lazurus.

Both were reacting to another MSNBC host, Symone Sanders-Townsend, who set the stage for madness saying, “The work that Stacey Abrams did is the reason that Georgia was in play in ’20, was–is in play right now, will continue to be in play for the cycles to come and so sometimes you do not get to reap the immediate benefits for yourself of the work that you do and I think that, that is a story that black women all across this country know all too well, but people better stand up and give Stacey Abrams her due.”

As the audience clapped, Sharpton and co-host Mika Brzezinski both declared, “That’s right.” Nearly simultaneously, Scarborough also chimed in, “By the way, Moses… he led the Jews to the Promised Land but didn’t get there himself.”

Sharpton naturally agreed, “He didn’t get there himself, but God took care of Moses.” After Scarborough interjected to affirm, “Yes, He did,” Sharpton continued, “Keep reading the Bible, God said, “I will bury Moses. Y’all leave Moses alone and let Joshua keep going and Stacey will get her due. God will reward Stacey. Anytime you see Ossoff and Warnock and Biden in Washington, you’re looking at the work of Stacey Abrams.”

Meanwhile, I’m reminded that Abrams pitched abortions as a solution to inflation and denied the assistance of a baby’s heartbeat at 6-weeks. Abrams called it a ‘manufactured sound’. That the left’s Moses?

MSNBC has really outdone itself here. Abrams did not put ‘Georgia on the map’ by any stretch of the imagination and she certainly isn’t the modern-day Moses, leading people to the promised land.

If anything, she is now irrelevant—Until she decides to run again.