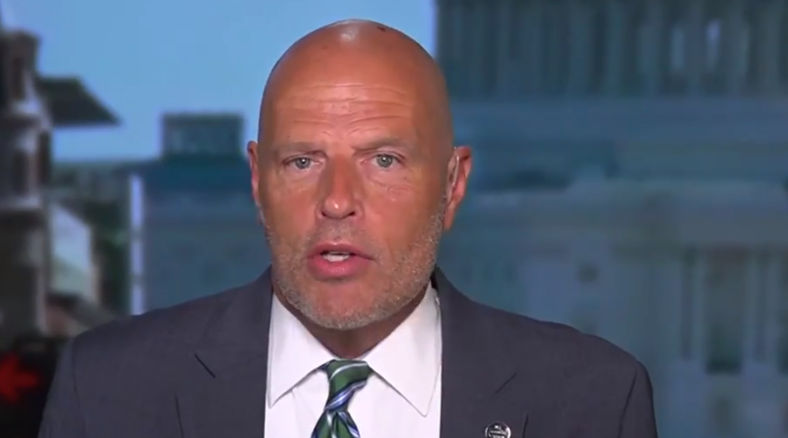 Joe Biden said during his campaign that he would not build another ‘foot’ of the border wall but now that GOP governors have started shipping illegal border crossers to Washington D.C. he’s backpedaled that claim and started construction on the Arizona and California borders.

In a presser, White House Press Sec argued that they were just ‘cleaning up the mess’ from the previous administration. The irony in all of this is that it was actually former President Obama who started the wall.

“They have to deny it because [Biden] ran on saying they weren’t going to build any more wall,” said Vitiello.

White House press secretary Karine Jean-Pierre was asked about the move last week by Fox News’ Peter Doocy. Jean-Pierre asserted that President Biden was “not finishing the wall,” but rather filling gaps to prevent migrants from attempting dangerous border crossings.

Critics noted that Biden had campaigned strongly on stopping the wall’s construction while vying for the White House in 2020. Which led to the current crisis we are in now.

Vitiello said only the “super-woke” left believes walls don’t work for curbing the flow of migrants.

“Agents know that walls work. The data shows that walls work, and it provides an anchor for a border security regime across that border. It gives access to agents. It makes them safer. It’s an anchor for technology and other tools that agents need to work safely, and it helps protect the border,” he told host Julie Banderas.

Vitiello supports “going back to policies that worked” to secure the southern border, including the wall as crossings continue to surge.

It’s somewhat good news for folks living near parts of the southern border and even better news for the GOP. On one hand, one way or another, construction on the wall has finally started to continue which should hopefully bring some relief to residents living near the border. On the other, it’s pushing a bigger wedge between Biden and some of his more extreme voters who believed the lies.

It’s no small part thanks to Governors like Texas’s Greg Abbott who brought the crisis right to Washington under heavy scrutiny from the left. The blue states were fine with Border states shouldering the financial, educational, and medical burden of suddenly housing hundreds of thousands of illegals but as soon as the problem was at their door they forced Biden to take action.