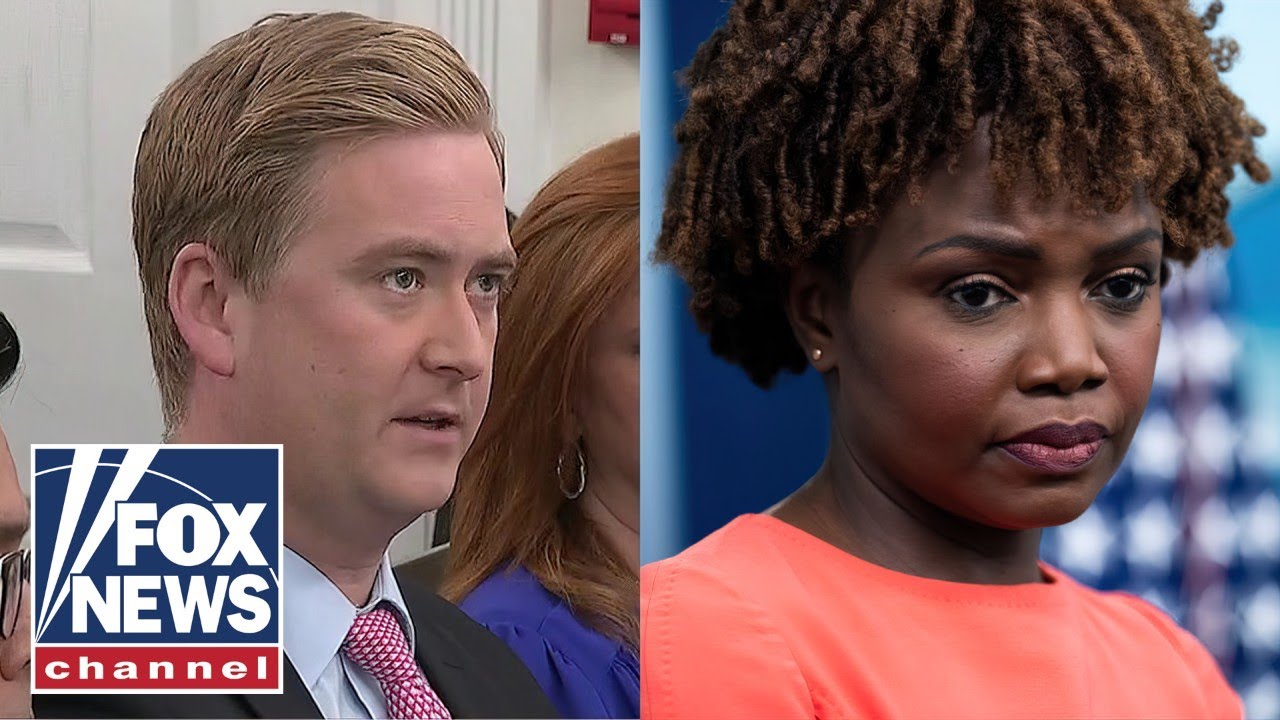 Fox News White House Correspondent Peter Doocy pressed White House Press Secretary Karine Jean-Pierre on rising crime rates throughout the U.S. on Monday. Per her usual, KJP proved not to be up to the task and refused to address Americans’ real concerns.

Doocy asked if President Joe Biden believes American cities are “safe” with crime rates continuing to rise in certain areas of the country. He cited statistics from an article published by The New York Times titled, “A Shift in Crime,” indicating that crime has remained at record highs in the past year.

“Are you talking about The New York Times story, specifically? Is that what you’re referring to?” Jean-Pierre asked.

“They had some stats. The murder rate is still 30% above its 2019 level, they’re all from the Council on Criminal Justice.”

Doocy then cited the shooting of Washington Commanders rookie running back Brian Robinson and the home robbery of Democratic California Rep. Karen Bass. Doocy noted that if high profile figures are at risk then ordinary Americans likely also fear for their safety.

“This is a president who has secured historic funding to make sure that law enforcement has what it needs and he was able to do this in the face of opposition from Republicans,” she said. “During a time where he inherited a rising crime rate from the previous administration, the president put forth the American Rescue Plan and in that very plan there was more than $300 billion to go to local states and local cities to make sure that they were able to hire law enforcement, to hire firefighters, they were able to hire people that were critical to their needs as they were dealing with a pandemic. Republicans voted against that.”

When Doocy then repeated his question, the press secretary emphasized the importance of highlighting the president’s actions in combating crime in cities and communities throughout the country. He then cited former White House press secretary Jen Psaki on “Meet the Press” on Sunday saying that “crime is a huge vulnerability for Democrats.”

“Why would she say that?” he asked.

“I can’t do electoral politics from here, as you know. But I kind of don’t agree with your characterization of what she actually said. But I’ll say this and I’ve already said this already, the past few months what we’ve been able to do is create a pretty much clear split screen of what we are doing to deliver for the American people and what Republicans refuse to do,” she said. “We are making sure that we have Medicare and Social Security and we make sure that the Big Pharma is not upping cost for our seniors and making sure that we give them a little bit of breathing room.”

As crime remains high, the Times reported murder rates dropped by 4% from 2021, citing the end of the pandemic and regained trust in law enforcement for the drop. The piece cited inflation for the rise in thefts and robberies as Americans struggle with surging prices of essential goods.