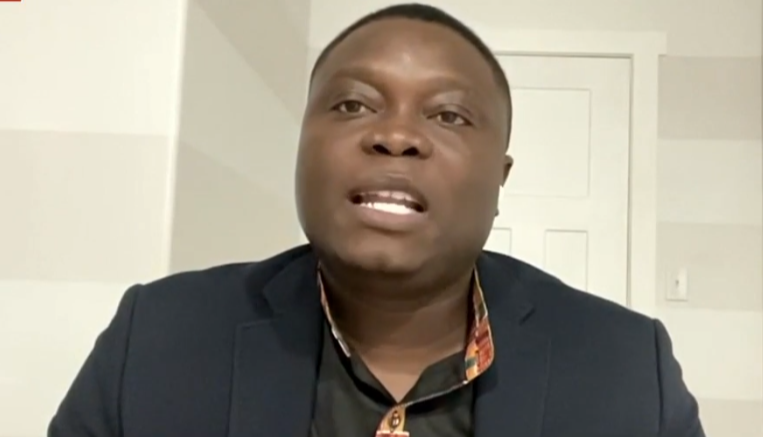 Alma Ohene-Opare appeared on Fox News after his TikTok video went viral showing the proud immigrant fighting against Biden’s evil rhetoric in his ‘unity’ speech. His TokTok video explained that he was not remaining silent while Biden threatens conservatives (MAGA republicans).

“I came to this country because I believed this was the place that my dreams to come true,” Ohene-Opare told co-host Rachel Campos-Duffy. “I believe that… with hard work, I could make anything happen for myself and my family, and over the last 20 years that I’ve been here, that’s exactly what I found.”

Critics slammed Biden over his remarks during a speech in Pennsylvania on Thursday, when he alleged “equality and democracy are under assault” by “MAGA forces.”

Watch the Fox interview here. The article continues below this video:

Ohene-Opare released a now-viral TikTok, sharing his response to Biden’s message included in this article.

“This November will be the first time I get to exercise my right to vote,” Ohene-O’Pare said in the TikTok. “I understand the urge during an election season to attack those you see as political opponents, but, Mr. President, I am not your enemy, and the tens of millions of MAGA Republicans are not filled with hate towards anyone.”

“And here, in my view, is what is true,” Biden said. “MAGA Republicans do not respect the Constitution. They do not believe in the rule of law. They do not recognize the will of the people. They refused to acknowledge a free election.”

You can see that video below:

Ohene-Opare argued his remarks were not “uniting,” emphasizing the need to have leaders that represent all Americans and not certain political subsets.

“The president chose a very specific moniker, MAGA, and he chose that MAGA, knowing very well that millions of people, millions of patriotic Americans embrace that term,” Ohene-Opare said. “And so by labeling these people MAGA Republicans and then listing how those people are a threat to our democracy or a threat to our republic… that that gave me a little pause.”