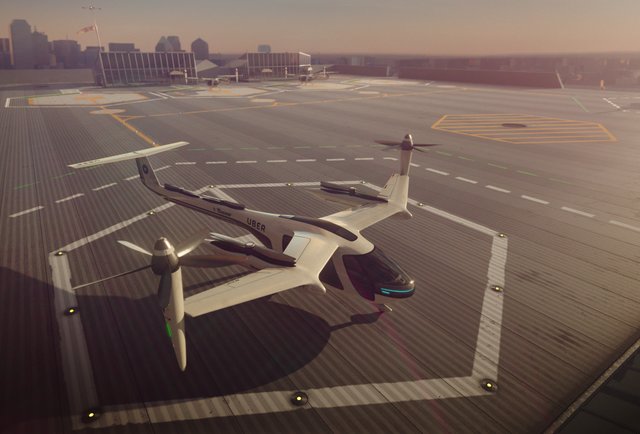 By 2020, our cities may look quite different thanks to Uber and NASA.

The two companies have struck a deal to fast-track a flying car program.  They plan to have it up and running by 2020.  Thus, you might be hitching a ride in a flying Uber very soon.

This past week, the Uber chief of product announced that it’s signed a Space Act Agreement with NASA to create a new air traffic control system.  The cars will fly much lower than airplanes and allow for effortless, traffic-free transportation.

With NASA on board, the idea is no longer a pie-in-the-sky dream that Uber had.  Uber also announced that Los Angeles will be the third testing city for UberAIR.  Seems like a good place to test – L.A. is infamous for its terrible traffic.  Testing will go live in 2020.

A promotional video demonstrated how the new service would work.  Requesting a car remains the same, but it gets different when you board.  Rather than wait on the street, users head to a building equipped with an UberAIR platform.  Then, they head off in one of the four-doors helicopters while avoiding all the pileups below.

The summit showed a conceptual video of the process.
https://www.thrillist.com/videos/travel/uber-elevate-concept

Last year, Uber was practically laughed offstage for its proposal.  Now, NASA is backing up the concept and people are starting to take notice.

The first test will occur at the Dallas-Fort Worth airport.  Then, Dubai and Los Angeles will pick up the next tests.  If all goes well, we can only imagine how much different the world might look.

And for those who think that this might just be for the ultra-rich, it’s not.  From day one, Uber has expressed a desire to make this available to the masses.

Some may think this is a giant leap forward for technology.  So much that many might be uncomfortable.

Would you like to hitch a ride on UberAIR?