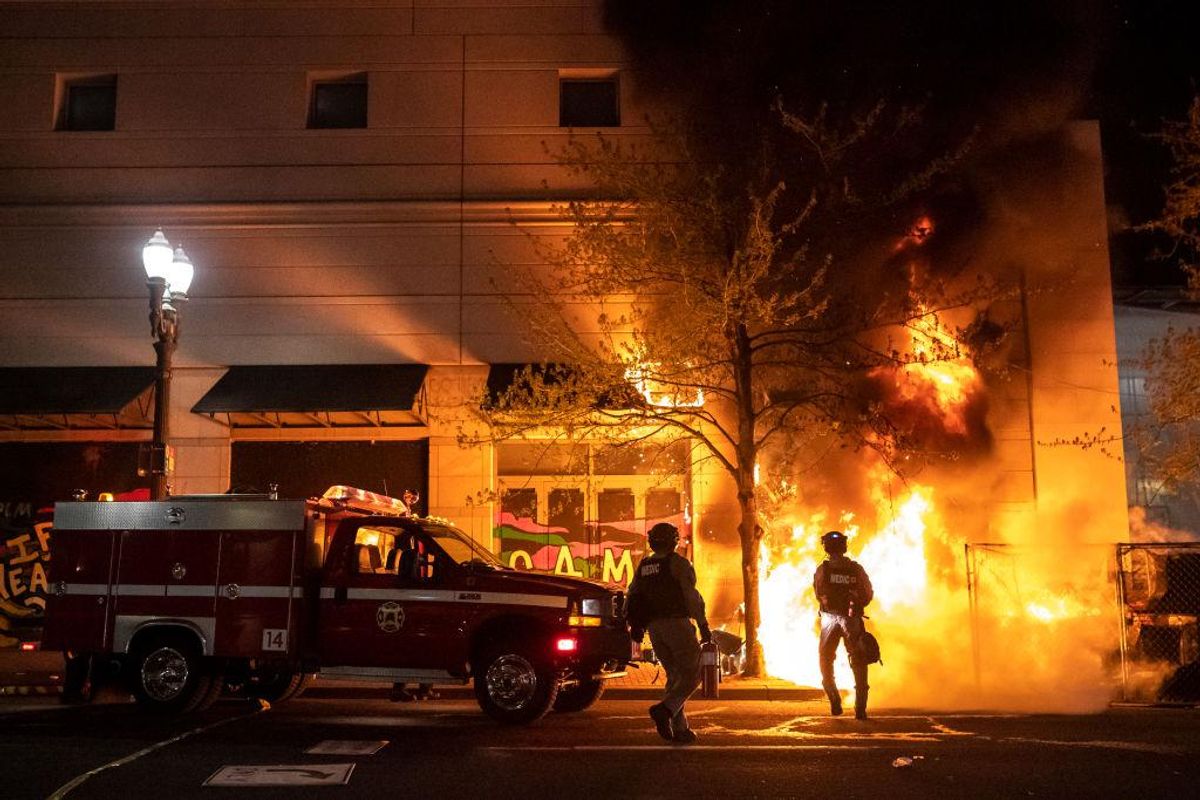 Tucker Carlson with Fox News criticized the FBI for raiding the homes of known conservatives while seemingly ignoring violent attacks, like the firebombing of a crisis pregnancy center.

“We didn’t used to have FBI raids on the basis of alleged misdemeanors in this country. Now we do if you vote the wrong way. But at the same time the FBI is all but ignoring violence committed against people who don’t vote for Joe Biden. In June, criminals fire-bombed a pro-life pregnancy center in Buffalo, a place called Compass Care Pregnancy Service,” Carlson said. “The people that did this, the bombers, have not been caught. Why? Because the FBI has not even bothered to investigate a fire bombing.”

“Now, local police and the feds took surveillance footage from the center, but they didn’t do anything with it, but they didn’t give it back to the center. The center is suing to get it back. Then the attorney for the local police told the crisis pregnancy center they can’t have their own tapes back because those tapes might inspire right-wing violence,” Carlson continued. “Are you following the logic here? It’s completely insane. It’s utterly politicized law enforcement. It’s the deepest level of corruption. It’s totally unacceptable. You can’t have a country run like this.”

Since the leak of the draft opinion in Dobbs v. Jackson Women’s Health Organization, dozens of crisis pregnancy centers and prolife groups have been vandalized or otherwise attacked. The Supreme Court upheld Mississippi’s law that imposed restrictions on abortion after the 15th week of pregnancy in a 6-3 ruling.

“I know it sounds dystopian, but that’s exactly what’s happening. We’re facing essentially a moral hurricane in our country. The FBI has gone from abdicating their duty to provide equal justice under the law to pro-life people like us, to downright attacking us. That was our concern when we filed suit against the Amherst police department taking charge of the investigation to get our video back so we can start to prosecute whoever the perpetrators are,” Harden said. “We came out … I was concerned that they would engage in character assassination. That is the FBI. That would be their next step. Over 70 attacks on pro-life organizations across the country, zero arrests. I mean, look, it’s naive to think that the largest law enforcement agency on the globe, with the best forensics technology known to man doesn’t know not a single person who’s engaging in these attacks.”

“You can’t allow fire bombings in your country, period. Congress should shut the FBI down over this,” Carlson said.

I’m in agreeance that this all seems surreal. I don’t know a first-world country that would allow firebombings and political acts of violence and not take serious action against the perpetrators or launch massive investigations.