President Donald Trump showed up at the Walter Reed National Medical Center where he met with wounded service members.  He spoke and chatted with members and their families. 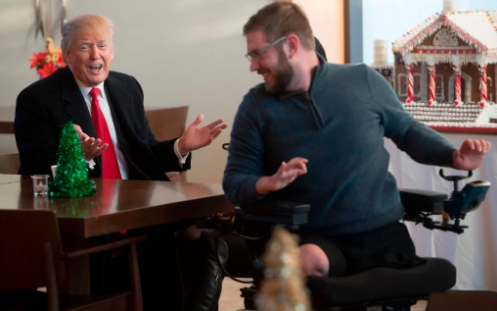 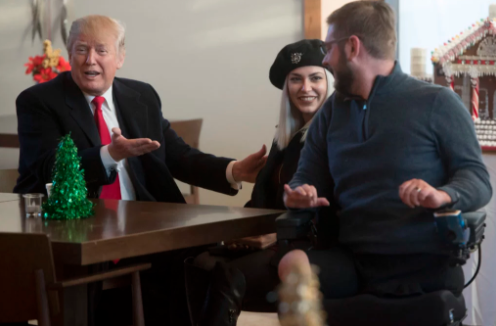 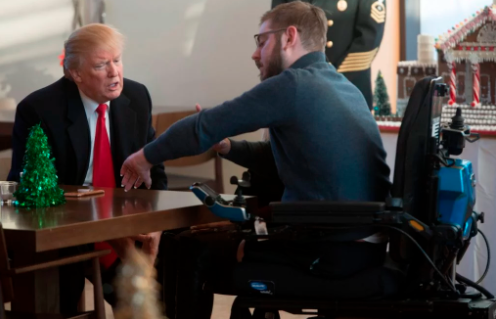 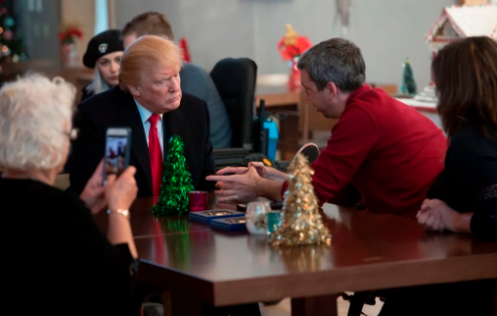 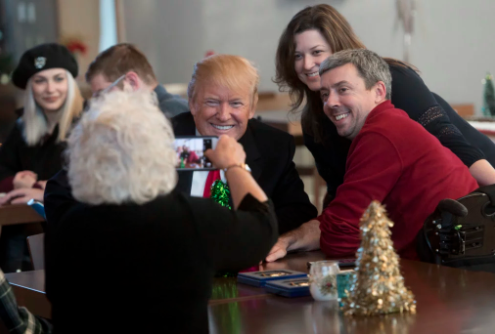 In a particularly powerful moment, the president presented a wounded soldier with the Purple Heart.

One of the most powerful moments of my life watching @POTUS give the Purple Heart to this American Hero. Amazed by the strength and resilience of the men and women in our Armed Forces. pic.twitter.com/AtoaboF4DE

Mattis mixes it up with troops at Gitmo. Tosses out a little humor: “I don’t have stress anymore. I create it.” pic.twitter.com/JUVL0UbFXp

Mike Pence traveled the farthest.  His trip was kept extremely confidential for safety reasons.  In a leather bomber jacket, he addressed the troops and expressed gratitude for their dedication. 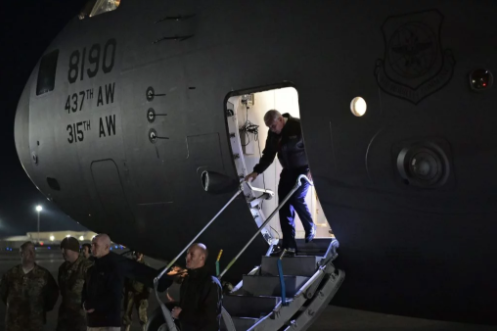 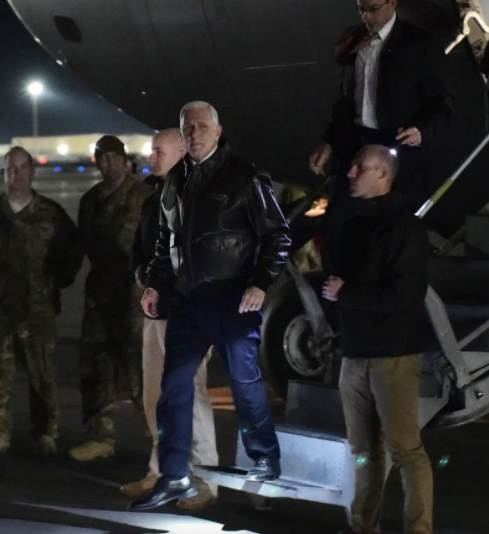 He spoke in front of an American flag that was 40 feet tall.  It was a bold, patriotic statement. 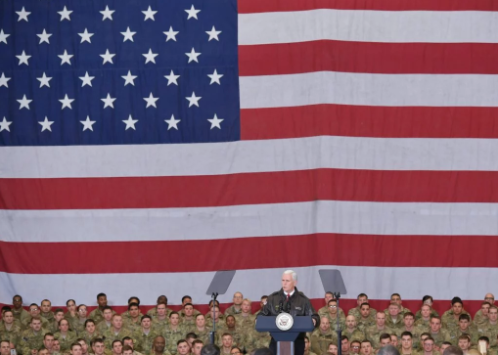 He told the troops they were “making real progress” and that they “put the Taliban on the offensive.” Pence went on, saying, “I believe victory is closer than ever before. I believe with all my heart that Afghanistan will be free.”

Then, he spoke to service members.  Of course, he also posed for a few selfies. 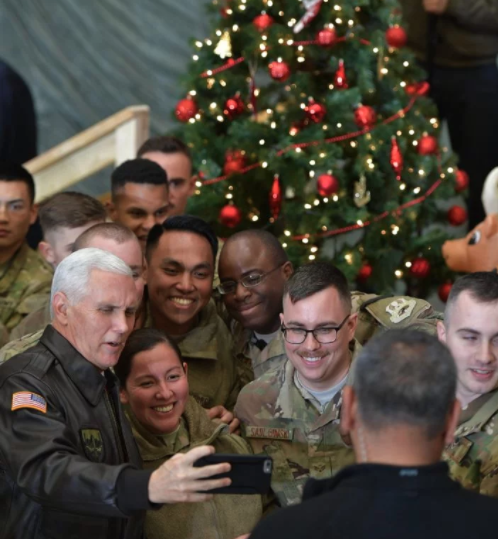 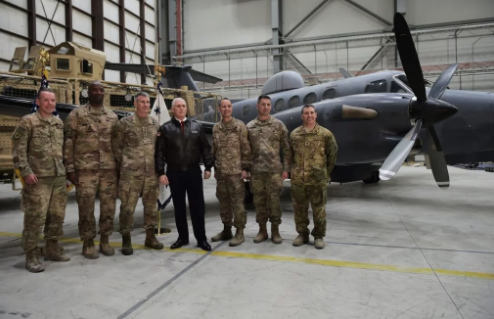 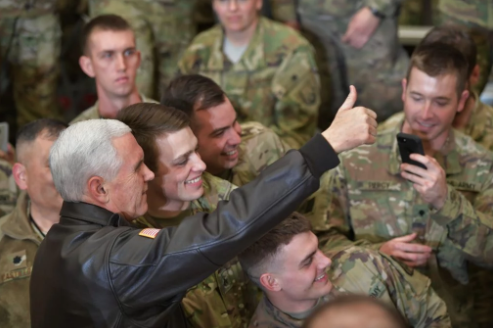 I hope my presence here is tangible evidence that the leadership of President Trump, our administration and the armed forces that we are here to see this through. 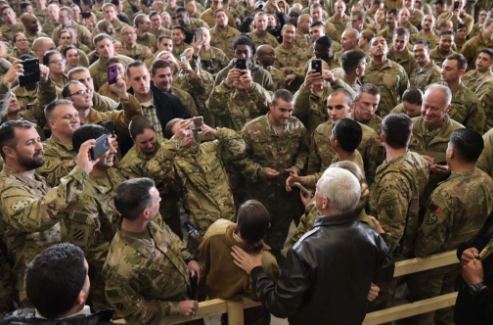 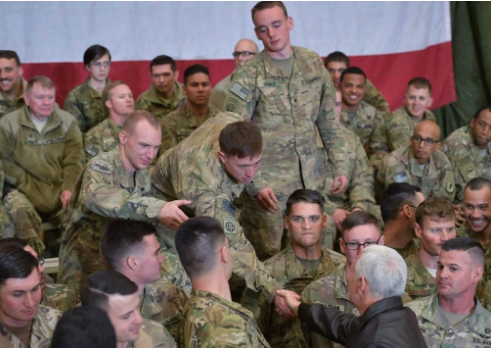 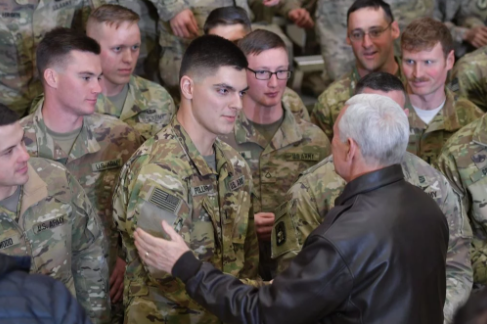 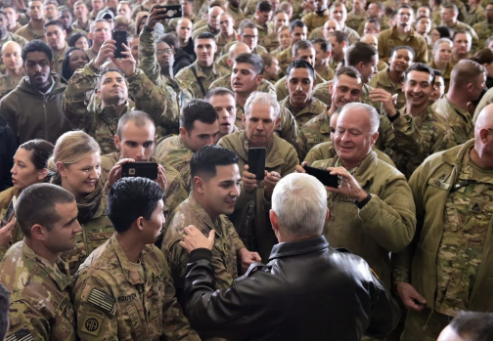 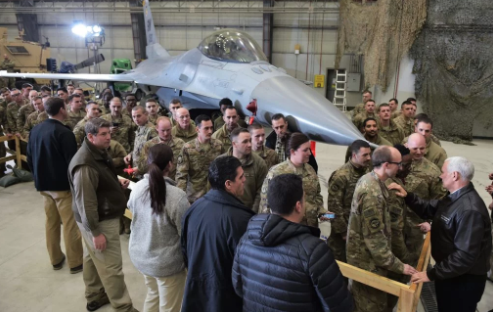 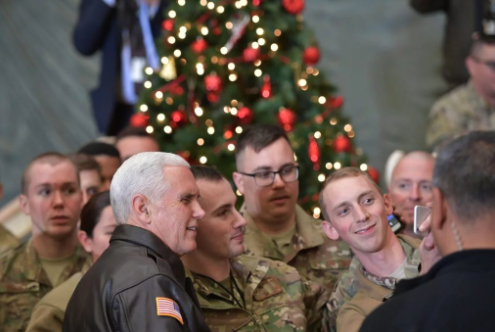 In addition to addressing the troops, he also met with President Ashraf Ghani and the country’s chief executive, Abdullah Abdullah.  After their meeting, he spoke to troops once again.  This time, he expressed President Trump’s gratitude for the troops.  Before Pence left, he asked the president if he should relay the message.

The president said, “Tell them I love them.”

Pence also thanked the troops for being far away from home during the Christmas season.  He called them “the greatest force for good”.  In the new tax cut plan, troops receive a raise and reduced taxes.

Pence comes from a military family, although he never served himself. His father, Edward J. Pence, earned a Bronze Star in Korea, while his older brother, Gregory, enlisted in the Marines in college and served in Lebanon. Pence’s son is a Marine aviator based in the United States.