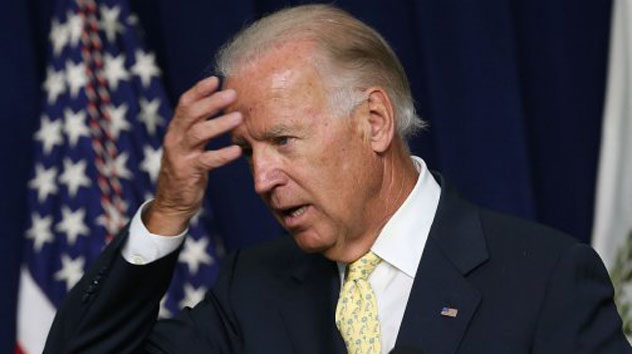 Biden wants to punish low-income children by cutting the free lunch programs out of schools that don’t support his trans agenda but Florida Governor Ron DeSantis told that jerk to EAT IT in an epic press briefing.

“In Florida, we are fighting against Biden’s intentionally destructive policies like denying school lunches for states that refuse to implement woke gender ideology in the schools,” DeSantis tweeted on Sunday.

“We’re prepared for what Biden throws our way,” DeSantis said. “And, you know, yes, part of it’s the inflation and the gas — part of it are intentionally destructive policies like trying to deny school lunch programs for states that don’t do transgender ideology in the schools, I mean, give me a break!”

“Totally off his rocker to be doing that,” DeSantis continued. “We’re fighting on that, don’t worry. So we’re just prepared to be able to defend the taxpayers and the hard-working people in the state of Florida, and I couldn’t be prouder for doing that.”

Biden is requiring schools to comply with its WOKE policies or lose billions in federal funding for school lunches.

The U.S. Department of Agriculture’s Food and Nutrition Service announced in May it will prevent low-income students from participating in its National School Lunch Program if their public school does not adopt the administration’s interpretation of Title IX, which holds that the federal civil rights law’s provision against discrimination based on sex includes designations of sexual orientation and gender identity. The move was originally reported by The Center Square.

In Florida, we are fighting against Biden’s intentionally destructive policies like denying school lunches for states that refuse to implement woke gender ideology in the schools. pic.twitter.com/YXpTky75Jn

A spokeswoman for Florida governor Ron DeSantis (R.) said the Biden administration’s decision to “withhold food from disadvantaged children in order to advance a deranged political agenda” was “appalling.”

“We will not allow Biden to force Floridians to choose between children’s food and parents’ rights,” DeSantis’s press secretary Christina Pushaw told the Washington Free Beacon. “That is the kind of ‘decision’ that a totalitarian regime would force upon its citizenry.”