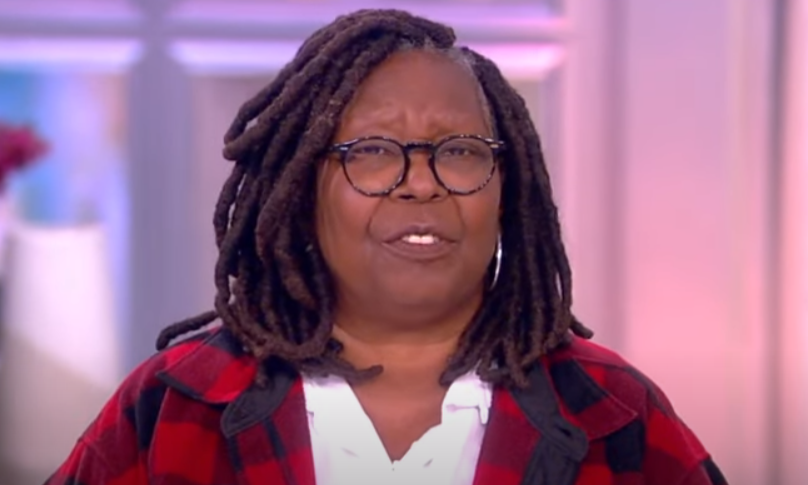 What a crock. The cackles on ‘The View’ are willing to point the finger at anyone to avoid calling out Biden and Democrats for the current economic crisis. Now they say that the media is to blame for not reporting more propaganda for the left.

The conversation was sparked by Whoopi Goldberg’s obsession with the false claims of Democratic Congresswoman Katie Porter (CA) about oil companies price gouging, despite the fact the Federal Trade Commission’s attempts have come up empty. And according to Goldberg, the Democrats are not having a messaging problem but rather, “the media is not reporting any of this.”

“I don’t understand why we have to say, lower the gas prices. You didn’t have to raise them. You were making — what the hell?!” she screamed. “Blame the media. Blame the media,” Joy Behar encouraged her.

Behar then went on a hate-fueled, fact-free screed against Republicans. “The Republicans historically have screwed up the economy. This is some kind of a myth that Republicans are better at the economy,” she whined. Without evidence, she claimed 13 of America’s last 17 recessions have been triggered by Republicans.

“Every time the Republicans are in office, the deficit goes up. Then the Democrats have to come in and sweep it all up and fix it all up,” Behar proclaimed. She then went back to her now-routine bashing of struggling Americans: “And [Democrats] lose because people, like, I don’t know what they’re thinking right now, and then the Dems have to come in and fix it again.”

WHOOPI GOLDBERG: One of the things that has been making me crazy is when people say, “why don’t the Democrats get the message out?” I figured out that it’s not the Democrats who are having the problem; the media is not reporting any of this. Because I came across this information yesterday out of the blue, and I thought, if you tell me that we had two years of not working. Nobody was working. We got some help from the government to make sure we could pay our rent, take care of business.

GOLDBERG: I am blaming them because this is information that should be out, and it’s not.

BEHAR: Corporations are going to do what they do to make more money. It has to be reported. That’s the only thing you can do really.

And can I just say one thing –

GOLDBERG: You can say everything.

BEHAR: I know it’s your birthday, but —

ALYSSA FARAH GRIFFIN: I would just say, blame whoever you want whether it’s corporations or Republicans. Democrats control everything, and real Americans are struggling right now.

HOSTIN: But Democrats don’t control corporations. And actually, what generally happens is that when Republicans get into office, they are controlled by corporations and they give corporate tax breaks.

And the other thing that I think is fascinating to your point, if you look at it, the average income of Americans would be more than double its current level if the economy had somehow grown at the Democratic rate for all of the past nine decades. That is a Republican problem, not a democratic problem.

SARA HAINES: So listen, when you say they [Democrats] control everything, the issue I have with that is we can’t seem to get any movement because the Senate is so close, so nothing can get passed. And right now the solution to Sunny’s point about corporations and the government not controlling them, one thing they could do is implement a temporary excess profit tax, and they’ve done that before in the history of this country during wartimes.

HAINES: Bernie Sanders tried to get it past, but I think he might have gone too high on the percentage. But that is something.

When you think about how we all adapt and adjust on the ground to everything and we’re struggling for food and gas, I feel like corporations, even in a free market should have to do their part too.

GOLDBERG: They have to. Yeah.

FARAH GRIFFIN: But by the way, Democrats were able on some bipartisan basis to pass the Inflation Reduction Act, but now we’re seeing it raises taxes and hasn’t decreased inflation. Like, you can call a bill anything but if that’s not something people feel in their pockets

GOLDBERG: Well, inflation is not going to decrease no matter what you do until THEY decide that they’re going to take less, and that is a huge problem.