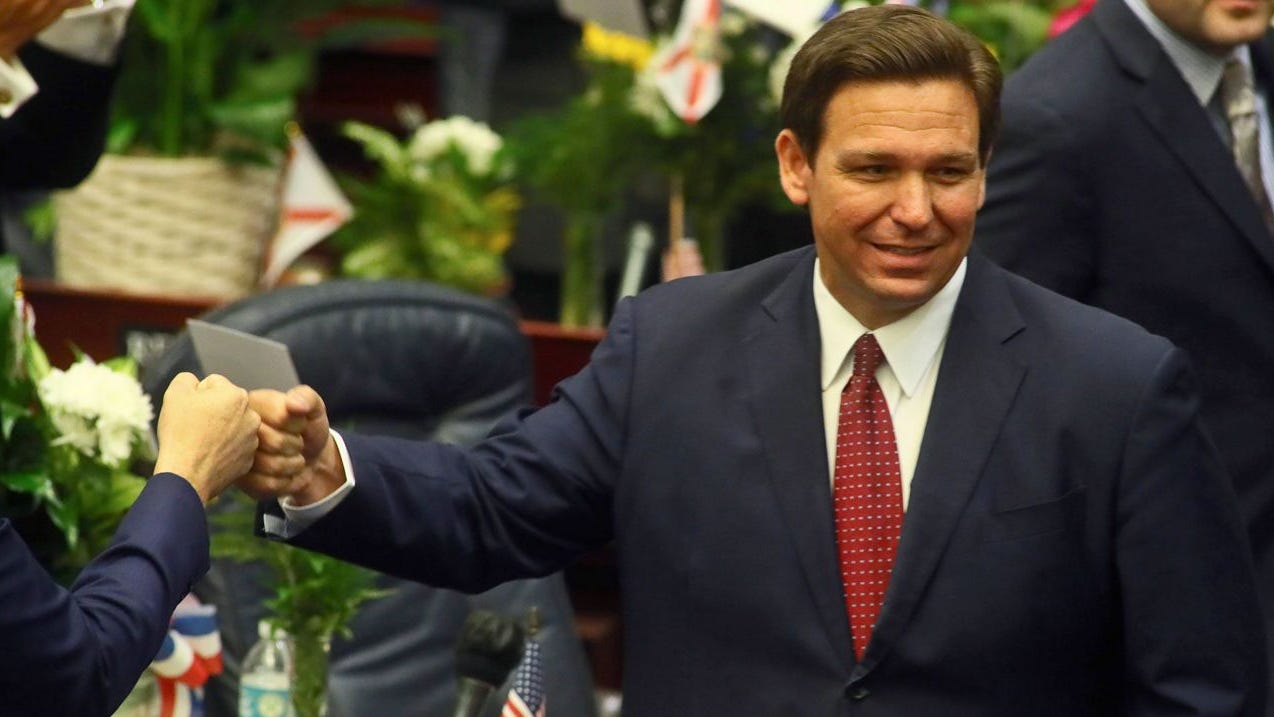 He just announced Thursday his new Office of Election Crimes and Security charged and arrested 20 individuals across the state for voter fraud. These people voted despite being previously convicted of murder or sexual assault.

“They did not get their rights restored and yet they went ahead and voted anyways,” DeSantis said during a press conference. “That is against the law and now they’re going to pay the price for it.”

#BREAKING: Gov. Ron DeSantis announces his new Office of Election Crimes and Security has charged and is arresting 20 individuals across Florida for voter fraud

“I also want to be very clear going forward that we’re going to continue to make sure that our laws are rigorously enforced,” he said.

“As elected leaders, it is incumbent on us to ensure free and fair elections and instill confidence in the voting process,” Attorney General Ashley Moody said.

“No voting system can stand without the backing and confidence of the people it serves, and thanks to Governor DeSantis, we are reinforcing that trust, and Florida’s elections system will serve as the standard-bearer for the rest of the nation.”

DeSantis also said the Office of Election Crimes and Security would also be looking at voters who were undocumented when they cast their vote in 2020. Just under 11 million Floridians voted in 2020.

Not everyone was excited to hear that these criminals have been apprehended. Cecile Scoon, president of the nonpartisan League of Women voters of Florida, said there are still open questions about the election crimes office, such as how law enforcement will be utilized and if their presence will be felt at the polling centers.

Scoon added that was concerned that after DeSantis’ recent removal of State Attorney Andrew Warren from office, that election supervisors and officials could be next.

“That was a red flag for me. Because he had removed one person from office, there was a concern of what’s next? What’s going on?” Scoon said.