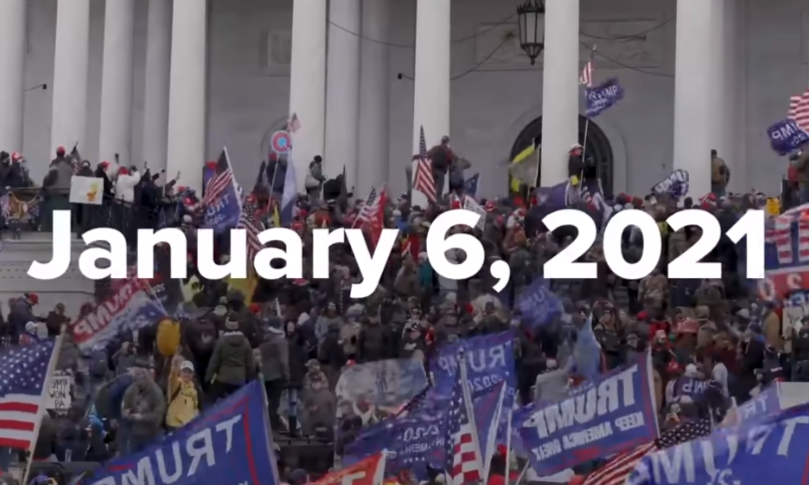 https://www.youtube.com/watch?v=jXAv2cDkWAA
FacebookTwitter
Steve Deace from TheBlaze shared a message on his Facebook that he says he received from a January 6th protester who now faces jail time. I don’t want to cheapen the protester’s message with a long spiel about my own personal thought. Instead, I’ll let you read it, in its entirety as it was written, and you can form your own opinions:
“I listen to your podcast and I follow Julie Kelly. It’s every bit as bad as she describes. I am a husband and father who has zero criminal history…. And I am looking at years in prison AFTER I took a plea.
“You may ask why would people take a plea if they are innocent? Innocent has nothing to do with this as my lawyer has told over and over again. This is payback. There are only a handful of representatives in DC that care about us. The vast majority couldn’t care less.
“They secretly despise Trump and anyone on the 6th as well. The DOJ knows this. There will be no reform of this government. There will be no going back. All there is now is the path ahead. But that path will never lead back to the country we once were.
“I watched for 4 years as our government that I pay taxes for, try to impeach and even oust our president with sheer impunity. Hillary’s smearing stunt morphed into a coup that lasted Trumps entire term. Then I watched the election get stolen from the American people.
“So I went to DC to support the way I thought best. I wasn’t violent, I didn’t break anything, I didn’t steal anything and that doesn’t matter. I lost my 6 figure income, friends, and my family is a wreck. I had the FBI in my home, I was brought before a judge in shackles.
“And I am a lucky one. I got to remain free till sentencing. So this is the country that I now live in. Where the powerful few can attack an elected president attempting to removing him for 4 years and where elections no longer matter.
“We are no longer free. And this country WAS taken without firing a single shot. Guns are meaningless at this point. It was the First Amendment that people should have been fighting for the most.
“I am now barely making a living doing manual labor for just over minimum wage until my sentencing is over. I was threatened with 20 years in prison, something only murderers face. We couldn’t change the venue and none of the motions to dismiss were accepted.
“So, at the pleading of my wife, the extreme bias of DC and it’s “jury pool of my peers” and advice from my lawyer, I destroyed a part of me and signed a paper full of exaggerations, lies and more importantly a narrative that fits what they want.
“I am a Christian and somehow I feel damned. I lied to save my family. My pastor tells me about rehab but it doesn’t help. I don’t look at myself in the mirror anymore. A part of me is dead now. I now wake up longing for the Lord to take me.
“January 6th was a dark day. There was violence by some, that’s reprehensible. No one should have broken anything or stolen anything or hurt anyone. Having said that, January 6th should be remembered as the last outburst from people who were sick of the coups against Trump…
“The lies about Russia gate, the double standard of the Bidens and how they obtained their wealth compared to the treatment of Trump, the double standard of BLM rioters and everyone else…
“The forced LGBTQ pumped into our children minds at school while trying to shut out God at every corner, the endless wars, the celebrations of abortions, the government spending that has put children not even born into life long debt, the list goes on…
“This was the last cry out for the death of a nation. I don’t know what’s going to happen to my family while I’m gone for years. My wife has depended on me our whole marriage. She is the only woman I have ever been with, the only woman I have ever loved.
“I hope she and my kids can make it without me. I am a J6er and I am going to prison.”