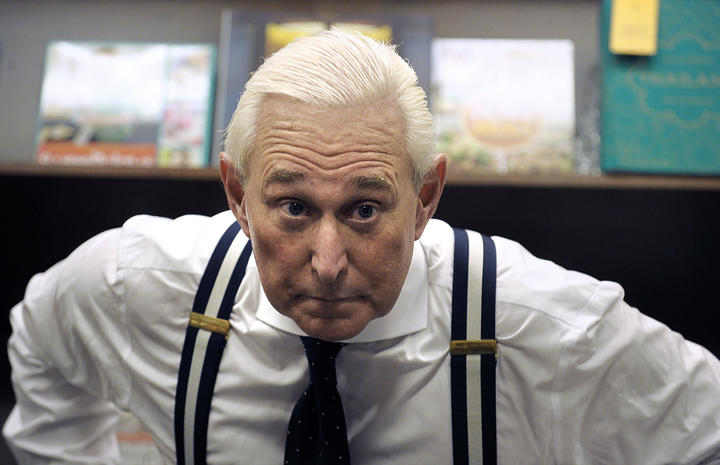 A source explained the decision to The Hollywood Reporter.  Essentially, Stone violated the terms of Twitter’s usage policy.

We believe in freedom of expression and in speaking truth to power, but that means little as an underlying philosophy if voices are silenced because people are afraid to speak up.  In order to ensure that people feel safe expressing diverse opinions and beliefs, we do not tolerate behavior that crosses the line into abuse, including behavior that harasses, intimidates, or uses fear to silence another user’s voice.

WARNING: The rest of this page contains strong language.

Although Stone’s account has been removed, here are the tweets that caused the ban:

@donlemon stop lying about about the Clinton’s and Uranium you ignorant lying covksucker !!!! You fake news you dumb piece of shit

@jaketapper must be held accountable for his lies and very severely punished #Fakenewsasswipe.

Here are just a few “lovely” tweets that are still live on Twitter:

If you believe these tweets are only aimed at politicians, think again.  After calling Rauschenberg out for his profanity, he tweeted at another user:

How about a day without a FUCKING GUN MASSACRE, you fucking Fox whore? https://t.co/CcjKp4YL3r

Nope, that doesn’t seem even the slightest abusive.

And, of course, Trump’s favorite person, Rosie O’Donnell, has sent out some tweets that are definitely not abusive

– fuck roger stone – up the ass with a sledgehammer

And here’s the winner:

I recommend u fuck urself with a cactus #WorstPresidentEver

These are more well-known voices in the Twitterverse.  Undoubtedly, letting the left get away with their hate speech occurs at a smaller scale, too.

Encouraging the left towards these violent tendencies has only allowed their groups to grow more radical.  Just look at ANTIFA.