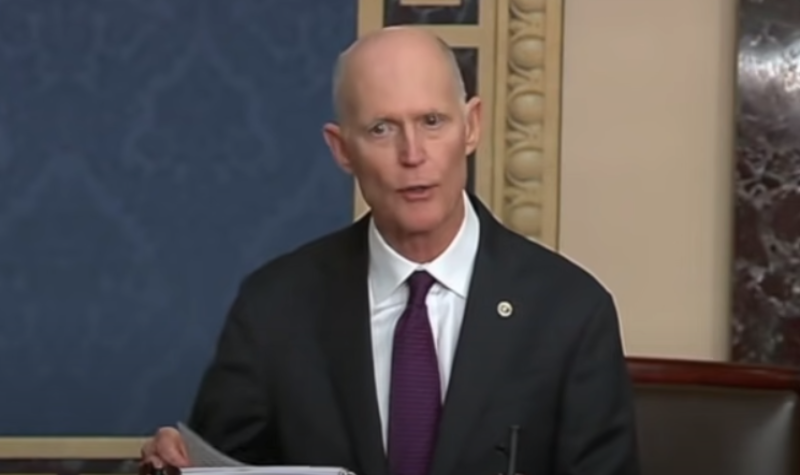 Florida Senator Rick Scott shared a statement following reports that Biden will ease sanctions with murderous Venezuelan President Nicolás Maduro. Biden has made it a habit of bowing down to evil dictators and Scott has had enough:

“Joe Biden’s appeasement of brutal dictators is disgusting and undermines America’s national security and commitment to protecting democracy around the world,” Scott wrote in the statement.

“Nicolás Maduro is a brutal dictator who is committing genocide against his citizens and depriving them of democracy. Yet, just one day after easing sanctions on the murderous and illegitimate communist regime in Cuba, President Biden has decided to further abandon democracy in Latin America by easing sanctions on Maduro and his evil thugs while getting NOTHING in return. No commitment to democracy. No commitment to freeing political prisoners or the remaining U.S. citizens being unjustly imprisoned by Maduro’s regime. It’s absolutely unconscionable,” he added.

Scott argued that the only discussion the Biden administration should have with Venezuela’s leaders is regarding when Maduro will leave his leadership role.

“The ONLY thing the Biden administration should discuss with the regime is when Maduro will step down. The United States has rightfully recognized Juan Guaidó as the legitimate President of Venezuela, and our efforts, as well as the entire international community, should be focused on ending Maduro’s regime, protecting human rights and helping the Venezuelan people achieve freedom and democracy,” Scott wrote.

Scott argued earlier this week that Biden is ‘unwell and unfit’ to serve:

“It’s simple. The most effective thing Joe Biden can do to solve the inflation crisis he created is resign. He’s the problem. Getting him out of office is a quick and easy solution. Let’s be honest here. Joe Biden is unwell. He’s unfit for office. He’s incoherent, incapacitated and confused. He doesn’t know where he is half the time. He’s incapable of leading and he’s incapable of carrying out his duties. Period.

Everyone knows it. No one is willing to say it. But we have to, for the sake of the country. Joe Biden can’t do the job,” Scott wrote.