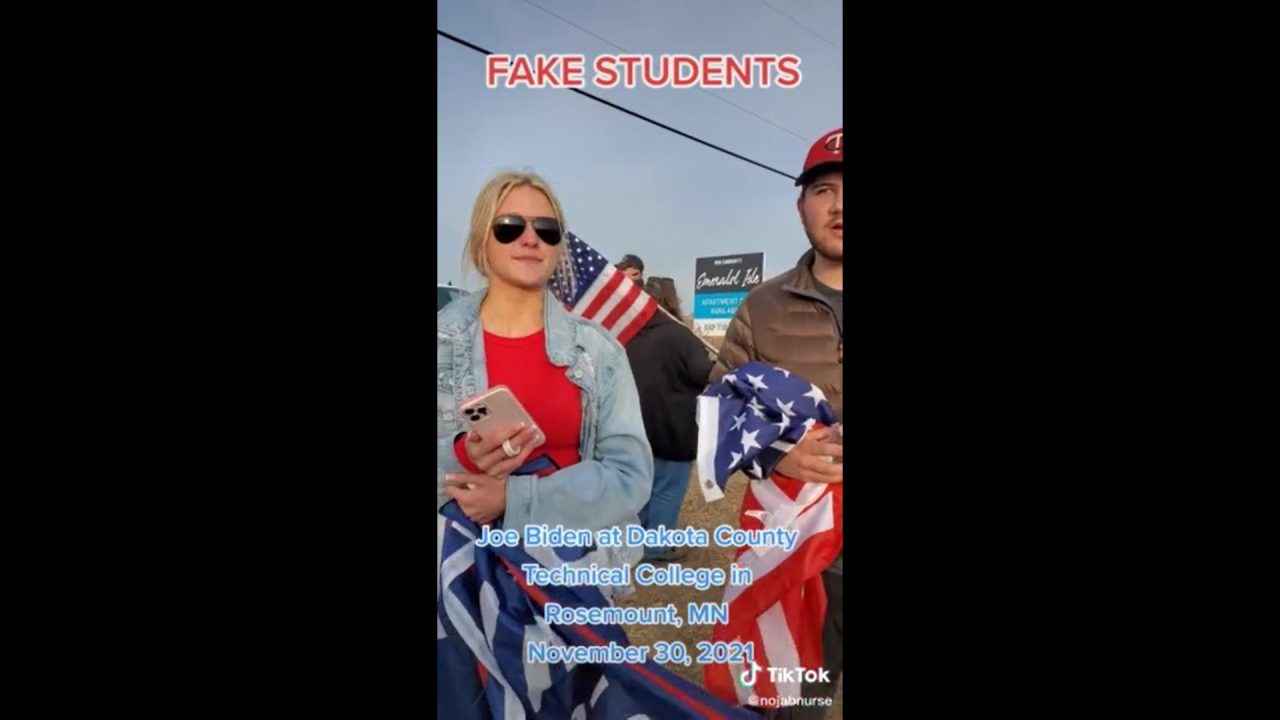 What a joke, right? Do you remember that this was actually a pledge made by Joe Biden and one that was frequently repeated by White House Press Secretary Jen Psaki?

It was never a serious idea, it was just something to try and boost their chances of being liked. In reality, nothing has been farther from the truth.

Those of us with common sense knew better from the very beginning. We know that Democrats are 100% incapable of being transparent because they have so much dirt on them.

Now, let’s just think about it. Last year, Kamala Harris was caught hiring someone to impersonate her at an event. The imposter was caught on camera and called out.

If you never saw this, take a look, you’re not going to believe what you’re about to see.

But this is who the brain-dead Democrats supposedly voted for as part of this most transparent administration.

It makes you wonder if Joe Biden has body doubles also.

Anyway, so Joe Biden spoke to a small audience in Minnesota earlier this week. He gave this speech at the Dakota County Technical College. But here’s the thing, the school sent out an email early in the morning telling students not to come to school that day because this was actually a surprise visit from Biden.

So who were the students that were at the event, because there were some there. The actual students from Dakota County Technical College all said the so-called students inside the venue were ALL PLANTS!

One young man went on to say that the school is a very conservative school, one of the most conservative in the state.

When you factor in the fact that Joe Biden really doesn’t have support in this county with only a 36% approval rating, this just doesn’t add up. This was a surprise visit, yet there were enough liberals who support Joe Biden around to attend the last minute event? Seem VERY shady to me.