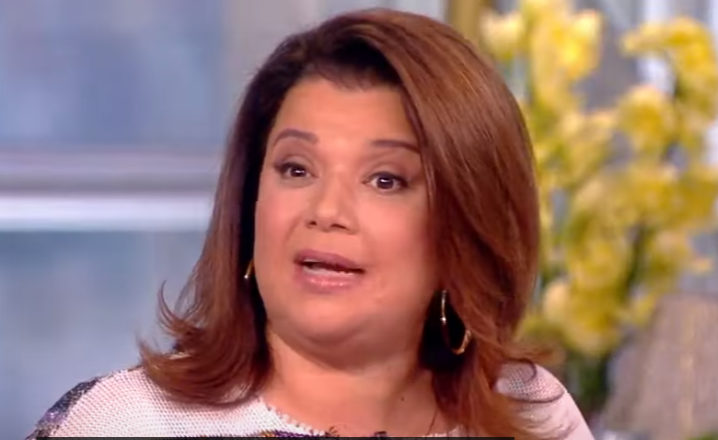 “The View” host Ana Navarro found herself reaching new lows to defend ‘Midnight’ Mitch McConnell. In her unhinged rant that followed Trump’s criticism of Mitch McConnell and his wife, Navarro bashed Trump’s diseased first wife, Ivana for not being born in America before slighting the family for ‘burying her in his golf course’.

“Obviously what he’s trying to do here is say that those of us who are Americans born somewhere else are not as American, are not at the same level of American,” Navarro said. “Let me remind him that he’s married two women, one was born in Slovenia, the other one was born in Czechoslovakia, one of them is now buried in his golf course.”

Navarro asked if Trump married women who “didn’t love America” and said that his comments about Chao – Trump’s former transportation secretary – were “racist.”

Trump wrote on his social media platform, Truth Social, that McConnell has a “death wish” and that he “must immediately seek help and advise [sic] from his China loving wife, Coco Chow!”

The hosts also discussed Sen. Rick Scott’s, R-Fla., response to a question about Trump’s comments during CNN’s “State of the Union” on Sunday. He said that racism was “never, ever OK.” Farah Griffin said Trump’s comments were “blatantly racist” and said it should be easy for Republicans like Scott to “just say that.”

“This is not right. We are better than this as country. We should not have a racist in office, and we need to take the temperature down and recognize, you know, maybe if you supported him, it’s OK. It’s never too late to come around,” Farah Griffin continued.

Trump, who is a private citizen didn’t simple ‘criticize’ the McConnell family, to be fair. His statements were harsh but he’s also no longer president and made those comments from his own platform. All I am saying is that the left needs to find a new hobby. Maybe they should focus on the politicians who are actually in office right now.