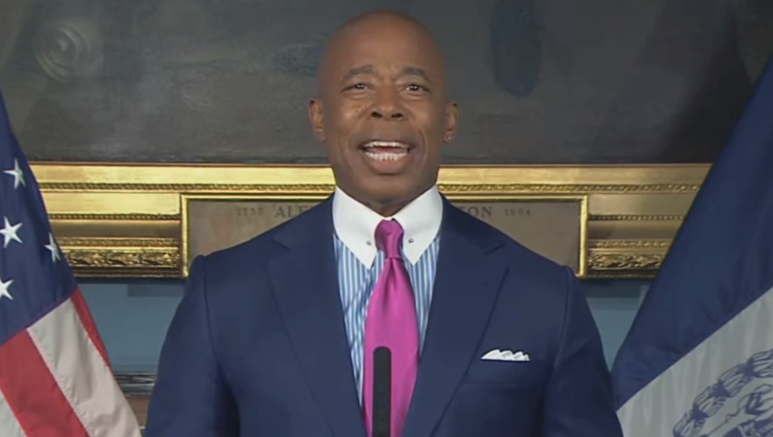 More than 17,000 migrants have been bused to the city since the spring, a small fraction of the migrant encounters at the border over that timeframe. Fox News cameras at the Port Authority transportation terminal filmed eight buses arriving Friday, after nine arrived Thursday.

That’s only a fraction of the 2 billion who have entered through the southern border states, but according to Adams, New York will spend at least $1 billion in taxpayer funds by the end of this year and he wants more.

Adams blames the border states for his city’s influx and calls it a ‘political’ crisis. He also claims that his state is sheltering more of the burden than any other state—Which, we all know isn’t the case. Mind you, these are the same states who mocked border states for declaring a state of emergency in 2021. I found this part of his speech particularly frustrating:

“Today I am declaring a state of emergency in the city of New York and issuing an executive order. This executive order will formally direct all relevant agencies to coordinate their efforts to construct the humanitarian relief centers. We are also suspending certain land use requirements to expedite this process.

New York City has already done more than nearly any other city to support this influx of asylum seekers and we cannot deprive long-time New Yorkers of support and services, even as we address the needs of these new arrivals. It’s not sustainable and it is not right.

If our city had had coordination or even just cooperation from any of the states sending buses or more support from our partners, then maybe we could have budgeted, staffed and allocated resources for these asylum seekers, but we didn’t get the support and information we asked for and now New York City is being forced to bear far more than its share of this national crisis caused by political motivation.”

New York has been hit with an influx since spring while other states have been showered with the same issues for two years now. It’s maddening how Democrats are blaming border states for the immigration crisis and not the White House— Dealing with foreign countries and their asylum seekers is not the responsibility of any one state.

The idea that it should be is insane to me. They’re making this a political issue to avoid calling out the White House for failing to do their greatest responsibility.