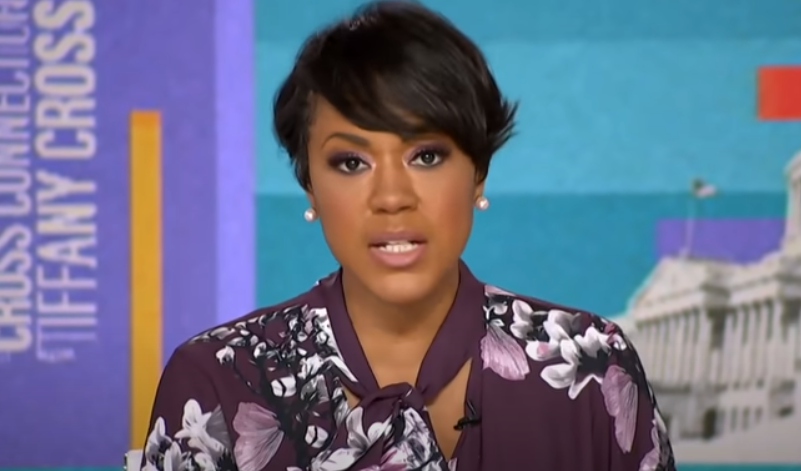 What kind of world do liberals want to live in? One where there is no law enforcement and the only ones with guns are criminals? That’s the narrative MSNBC is selling these days.

Never one to waste a tragedy, Tiffany Cross was joined by guest Texas Rep Jasmine Crockett and frequent guest Brittany Packnett Cunningham. “There is no need for an AR-15, period!” Cross shouted. Of course, the trio used the Uvalde’s school shooting to push anti-gun rhetoric for Democrats but it was the long-winded rant of Packnett Cunningham that kind of blew my mind.

Packnett Cunningham argued that law-abiding gun owners should be banned from owning guns but then turned around and went on a cop-bashing defund the police rant that shouldn’t be ignored:

“Perhaps this is not a gun that should be on the streets. Perhaps the way that we focus laws and legislation in this country can actually go, not only to fund mental health that everyone wants to come to in moments like these, but also go to pull AR-15s and other similar assault weapons off of the streets . . . We need to remove the tools of violence. That is about removing an assault weapons, at the very least. Assault ammunition at the very least.

I also want to say, if these police officers, who were standing outside, and were afraid for their lives, would not go and protect 19 innocent children, a school full of innocent children and teachers. And police officers kill somebody when they are afraid for their lives? Then we need to seriously examine the entire institution of policing. Because, what is the point?

I think we have to reckon with the kind of hero worship that we’ve engaged in around policing in America. I think, sadly, Uvalde is a terrible and tragic example of just not, not incompetent, but problematic, the entire institution is.

As I said before break, if the police kill, tase, and maim unarmed people because they fear for their lives, and they won’t stop armed people from slaughtering children, then clearly the institution itself is not sound.

We have to recognize that there is a culture in media and in television, and in film, that has created this incontrovertible narrative that police are perfect, and they are heroes, and everything they do is done with authority that should be respected without question.

Instead of the fact that we can look at other countries and recognize that at the very least, disarming police, demilitarizing police, but really thinking creatively about how we abolish policing as we know it, and really get to the meat of public safety. That’s what our communities deserve. It’s not just about what we take away when we talk about abolition — it’s about what we create in terms of creating healthy communities and healthy solutions. But the institution of policing has far too long convinced us that they are here to serve and protect when so often what they’re always doing, is actually enforcing the will of the state. And they’re terrorizing often black and brown people to do that. ”

Whatever reality they’re living in, I don’t want any part of it.

La makers have and have had, ample opportunities to provide schools with the funding they need to create a safer environment. Everyone really needs to be asking themselves—Why haven’t they? Why don’t our schools have better security? Where is our money going?