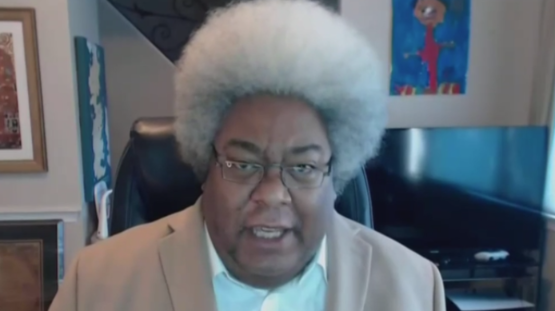 MSNBC host Tiffany Cross misspoke Monday when she referred to herself as a ‘reporter’. I can’t recall a time I witnessed this particular show do anything other than race bait. In fact, during that same segment which included guest Elie Mystal the two began a massive racist rant before Mystal declared that ‘white people get violent’ when they don’t get their way.

The entire disgusting segment surrounded the liberal’s outrage that the DOJ will not fight Trump’s request to have a special master’s—anymore.

“The cause of the problem is, of course, is Trump himself and his MAGA acolytes themselves and the people who are willing to do the violence in Trump’s name,” Mystal said.

He was referring to Trump’s remark that the American people “would [not] stand for” the DOJ indicting him.

“I think if it happened, I think you’d have problems in this country the likes of which perhaps we’ve never seen before. I don’t think the people of the United States would stand for it,” Trump told conservative talk show host Hugh Hewitt on Thursday.

Mystal argued that Trump’s remarks constituted a violent threat and that said violence was unsurprising because Trump is a White man.

“I guess I want to say that I’m not surprised that he’s threatening this because A. He’s literally done it before, and B. This is literally what conservative White folks do when they don’t get their way – they turn violent,” Mystal argued.

“As the Black man in this country, as a person who is aware of the Black history in the New World, White people turn violent when they don’t politically get their way all the damn time in this country. It’s what they do,” he emphasized.

“From the perspective of a Black person, I’m kind of like, ‘Welcome to the world that I’ve been living in America.’ Because now, what we have is White domestic terrorists threatening to turn violence against non-Black people, against everybody else if the White supremacist ideology doesn’t win the day and their White supremacist king is held accountable for crime,” he said.

“You’re not opining,” she said. “That statement is rooted in history and fact.”

Mystal has a history of racist remarks. He previously called Black Republicans “tokens who are out here right now shucking and jiving for their White handlers.”

My last month paycheck was 13,500 dollars… All I did was simple 0nline work from comfort at home for 6-8 hours/day that I got from this agency I discovered over the internet and they paid me 90 dollars every hour.
visit for more detail..  https://indeedgold.blogspot.com/