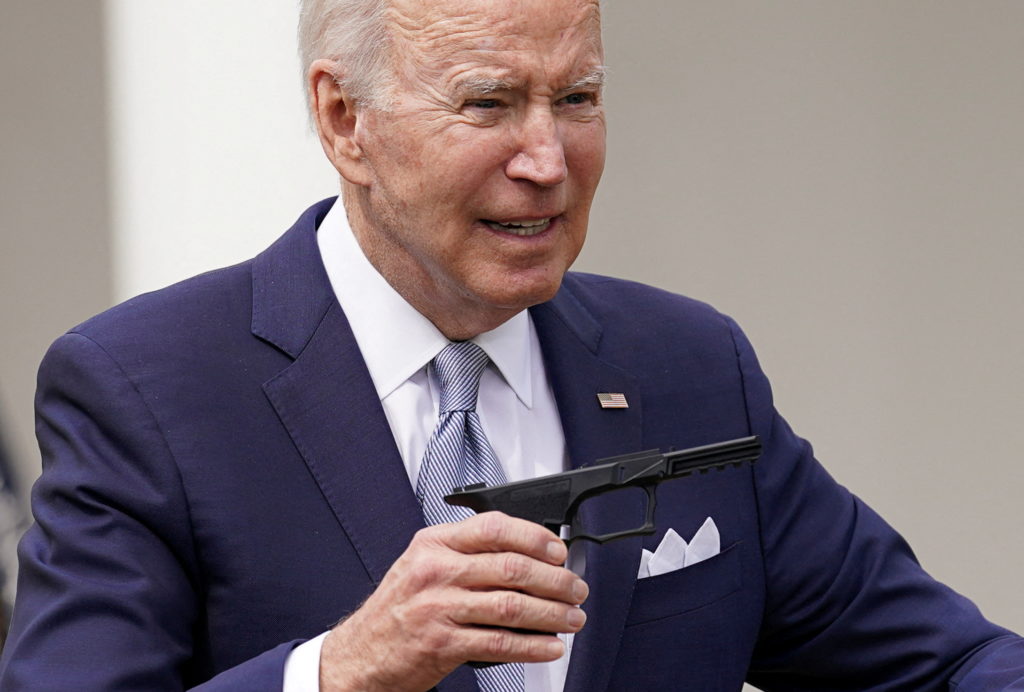 CBS Managed to blow right past the fact that Biden’s campaigns have all been targeting a huge chunk of voters as he mocks conservatives and poked fun at Trump supporters. Instead they moved their focus over to crime, Biden’s weakest pressure point. Only, instead of reporting actual statistics, White House correspondent Ed O’Keefe claimed the GOP ‘handed’ Biden an ‘in’ on crime by showing mistrust for the FBI.

Co-host Nate Burleson cued up O’Keefe by insisting “[m]any Republicans have criticized the FBI for investigating the former President, and some have even shown sympathy for the January 6th rioters who attacked police,” and thus “given President Biden an opening to the campaign trail” to ensure Democrats are “the party that is toughest on crime.”

“On the airwaves in states like Pennsylvania and now on the stump how to fight crime and gun violence are taking center stage,” O’Keefe explained.

O’Keefe added that Biden used a visit to northeast Pennsylvania Tuesday to slam “those Republicans who’ve called for defunding the FBI….and…Republicans who defend rioters at the U.S. Capitol on January 6th.”

Of course, O’Keefe not only refused to provide examples other than “some GOP officials” who “want to defund the FBI.” He conceded seconds later that “most rank-and-file Republicans don’t back the idea,” as “half of registered voters overall say they’d be less likely to vote for a candidate who supports” defunding law enforcement as, following economic matters, voters have that near the top of their list of issues.

Trump will be making his rounds to Pennsylvania where the two ran a neck-to-neck race in 2020 but this time, the voters are motivated to vote Biden out after being miserable and financially broke under his policies. This time, Trump will be fighting on behalf of his candidate Dr. Oz and other conservatives.

Biden swung hard towards crime because Penn has been one of the many states swept under by Biden and Democrat’s ‘defund’ movement. Funny how they’ve all changed their tune now.

NATE BURLESON: Many Republicans have criticized the FBI for investigating the former President, and some have even shown sympathy for the January 6th rioters who attacked police. All that has given President Biden an opening to the campaign trail. Yesterday, he used a speech in Pennsylvania to try to position the Democrats as the party that is toughest on crime. Ed O’Keefe has more.

ED O’KEEFE: On the airwaves in states like Pennsylvania —

LT. GOV. JOHN FETTERMAN (D-PA): Public safety is why I ran for office.

O’KEEFE: — how to fight crime and gun violence are taking center stage. During a stop in Pennsylvania Tuesday, President Biden attacked those Republicans who’ve called for defunding the FBI in response to its search of former President Donald Trump’s home in Florida and denounced Republicans who defend rioters at the U.S. Capitol on January 6th.

BIDEN: You can’t be pro-law enforcement and pro-insurrection. You can’t be a party of law and order and call the people who attacked the police on January 6th patriots.

O’KEEFE: The increased focus on law enforcement, crime, and guns on both sides of the aisle comes as the majority of likely voters see crime and guns as very important issues after the economy and inflation. And while some GOP officials said they want to defund the FBI, most rank-and-file Republicans don’t back the idea. Nearly half of registered voters overall say they’d be less likely to vote for a candidate who supports that position.

SENATOR RON JOHNSON (R-WI): I’m sure he’s going to spend more money that we don’t have.

JOHNSON: Democrats are very good at providing a — a title on a bill that promises many things but they just never deliver on it.

O’KEEFE: Now, President Biden returns to Pennsylvania tomorrow night, to Philadelphia, to give a speech on what he likes to gall — call the ongoing battle over the soul of the nation and voters in northeast Pennsylvania are getting a visit from former President Trump when he campaigns with Republican candidates on Saturday night. Pennsylvania’s getting all the attention this week, Jericka. They’ll get to the other states before Election Day.