The border state of Piedras Negras, Coahuila got a little extra Christmas cheer this year.  Border patrol agents traveled to the city’s poorest neighborhoods to hand out Christmas toys.

For several days, Mexican cartel hunters officers joined up with the Coahuila Attorney General’s Office running gift-giving convoys.  For many agents, this is a joyous time.  It allows them to create bonds with the locals.  It’s also a wonderful morale booster for those who live in one of the roughest neighborhoods in the world.

According to Breitbart, this gift giving effort is similar to the efforts of police force Fuerza Coahuila.  While all the officers believe it is their duty to fight the cartels, they also feel the need to bring hope back to the innocent civilians that live in constant danger. 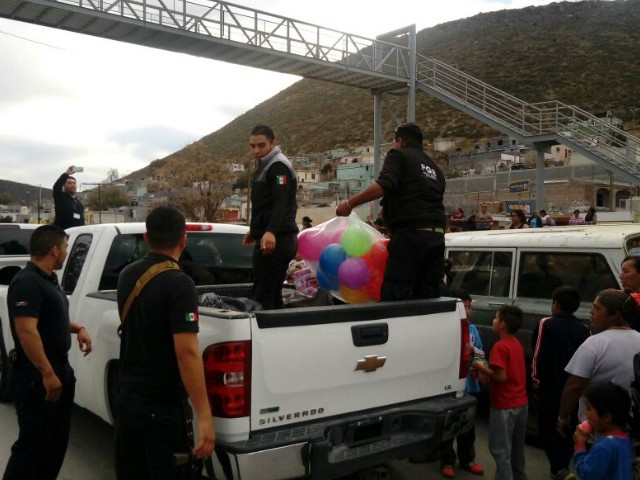 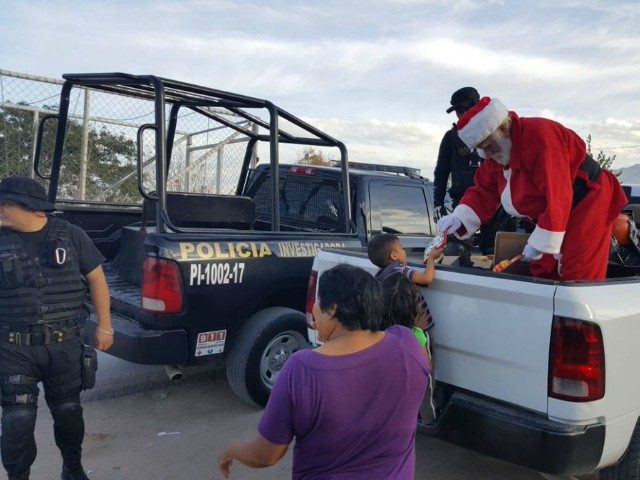 Coahuila is directly south of western Texas and has a long history of public corruption.  It is a stronghold of the Los Zetas drug cartel.  With the government in their back pocket, the cartel has been able to carry out disturbing crimes.

From 2011 to 2013, Los Zetas were able to kidnap, torture, murder, and incinerate more than 300 victims from one rural community alone. Half of those victims were burned inside the state prison in Piedras Negras.

Breitbart Texas has spoken with various residents who claim the number of innocent victims who went missing or were brutally murdered is approximately 5,000. The time when Los Zetas openly ruled Coahuila is often referred to as “the bad times” or the “dark times” by locals.

Through border patrol efforts, the cartel has been on the run.  The most violent clashes occurred when the Zetas clashed with the enforcement group called Los GATES.

In a matter of years, Los GATES were able to push the cartel underground, thus removing the brazen impunity with which they operated at one time. The process of fighting the Los Zetas was a bloody one; Los GATES killed many top Zeta operatives during almost daily gun battles, but lost dozens of police officers. As cartel members continue to kill each other while pushing drugs and illegal immigrants into Texas, their operatives are not able to brazenly terrorize citizens like before.

Share this with others to spread the good word!