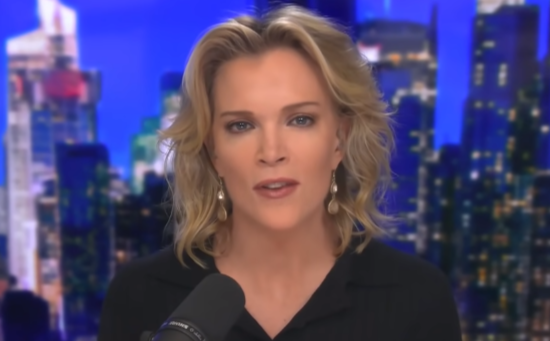 Megyn Kelly was joined by the Ruthless Podcast hosts, Josh Holmes, Michael Duncan, and John Ashbrook, to talk about Alyssa Milano trading in her Tesla for a VW during Elon Musk’s Twitter takeover, Chris Hayes’ and the Dean of Columbia’s Journalism School’s embarrassing columns about Elon and Twitter.

Kelly states, “Chris Hayes writes an opinion printed in the New York Times: ‘Why I Want Twitter to Live’. She reads Chris Hayes opinion which says, “My Twitter archive is over 6.4 gigabytes, more than 161,000 tweets over 15 years. It’s enough writing to fill about 10 books.”

Kelly reacts, “Who even knows how big their Twitter archive is? I didn’t even know there was a Twitter archive…By the way Chris Hayes, this is pathetic and this is in the category of facts you should not reveal publicly about yourself.”
RecommendedTracker

HAYES OPED STATES: “What was going on when I tweeted ‘wait which one’ in October 2008, I’ll never know.”

Kelly reacts, “He’s done 161,000 tweets which have gotten him 2.4 million in followers. I just want him to know that he’s tweeted about 10 times as many times as I have, 17,000 tweets. Prior to today and reading his stupid column, I had no idea how many tweets I’d ever done in about as many years. 17,000 by me, 161,000 by him and I do have more Twitter followers just an FYI. This is him trying to make himself super important, then he talks about how he did download his archive in the wake of Elon’s purchase”

HAYES OPED STATES: “‘I did not do that because I thought Twitter was going to die, but I did not want the sole record of my micro-blogging to be owned by a red pilled billionaire going through a midlife crisis…If Twitter survives, and I fervently hope it does, its near-death experience has revealed something fundamental about our online lives. The digital spaces of civic life, the public town square, as Mr. Musk deemed Twitter, have been privatized to our collective detriment.”

Kelly reacts, “Oh, is it hard when your worldview is not the only one that can be aired. When because of private ownership, you feel a little less in control? Boo f***ing hoo! Welcome to the life of everyone in the center and center right since the beginning of the modern era.”

I never really get tired of watching sassy Kelly rip into libs. Hayes is just one Twitter’s newfound liberal squeaky wheels. I say if they’re so unhappy being on a platform that allows free-speech, they should all just get off.