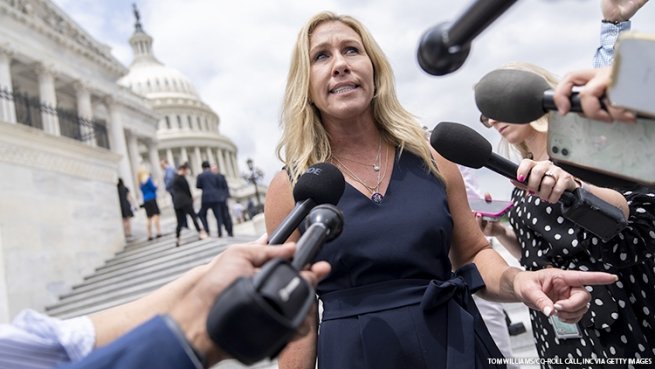 On Friday, the DOJ released the search warrant used to ransack the Trump residence at Mar-a-Lago.

It reads like someone tried to cover as much ground as possible without actually defining what they hoped they might find.

Basically, they threw a bunch of crap at the wall in hopes something might stick. For six long years, Democrats have been accusing President Trump of committing crimes, and each and every time, they end up with egg on their faces.

As a result of the ridiculous search warrant, which would never hold up had it been issued to a Democrat, Rep. Marjorie Taylor Greene has drawn up articles of impeachment against Merrick Garland.

Tell me without telling me the Trump raid was a fishing expedition. pic.twitter.com/zIH1gejQcP

“What they’ve been doing to [former] President Trump is political persecution. Merrick Garland has abused his position of power as the attorney general to politically persecute [President] Joe Biden’s enemies. And the whole purpose of this is to prevent [former] President Trump from ever being able to hold office. I’m introducing articles of impeachment on Merrick Garland because we cannot tolerate this in America, where our great institutions are wielded and abused in such a way to impeach people’s political enemies.”

I just filed articles of impeachment against Merrick Garland. pic.twitter.com/WbNDWjItr3

From The Washington Examiner

Two articles of impeachment are included in the image of the resolution shared by Greene. One claims Garland politicized the Justice Department, and the other claims the attorney general has failed to uphold his oath of office and lost the trust of U.S. citizens to “execute the laws of the United States without partisan bias.”

Trump claimed the documents were declassified, and in a statement from his office on Friday claimed there was a “standing order” by which he declassified documents that left the Oval Office — a claim which is doubted by legal experts.