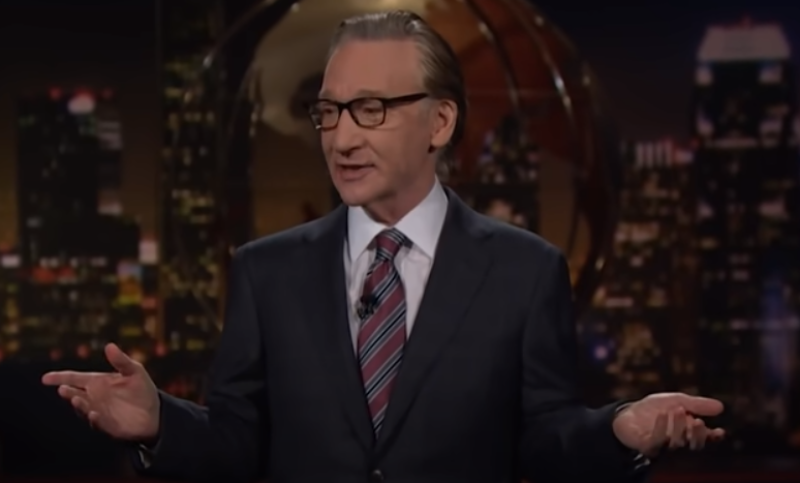 ‘Real Time’ host and life-long liberal Bill Maher continues to try and pull his fellow leftists out of the twilight zone but will they listen? Maher recently nuked liberals for combining all of their hate-filled narratives into a single story line to rewrite the past. He also cut into liberals for holding figures of the past to modern-day standards, the phenomenon is called ‘presentism’.

Maher was discussing a controversial essay by American Historical Society President James Sweet. The historian, who later apologized for writing that judging historical figures by contemporary standards “ignores the values and mores of people in their own times,” shouldn’t be sorry, Maher said.

“Being woke is like a magic moral time machine in which you judge everyone by what you think you would have done in 1066, and you always win,” Maher said, adding that presentism is “just a way to congratulate yourself about being better than George Washington because you have a gay friend and he didn’t.”

“But if he were alive today, he would too, and if you were alive then, you wouldn’t,” Maher added.

He then went over every civilization and race that owned slaves throughout history—Which is practically all of them. “Humans are not good people,” he added. Maher said slavery was not simply a racist institution, noting “the capacity for cruelty is a human thing, not a white thing.”

“Everybody who could afford one, had a slave – including people of color,” Maher said. “The way people talk about slavery these days, you’d think it was a uniquely American thing that we invented in 1619. But slavery throughout history has been the rule, not the exception.”

Presentism, Maher said, puts “race, gay, gender, and colonizers” into a wokeness blender as if “the New World was a great big diverse dance club, and the pilgrims were the bridge and tunnel crowd who came in and ruined everything.”

“The migrants, first, they went to Martha’s Vineyard, and then they — today, they sent them to Cape Cod,” Maher said. “Just throw in a stop in Nantucket, and it’s the same cruise I got my parents a few years back.”

My last month paycheck was 11000 dollars… All I did was simple 0nline work from comfort at home for 3-4 hours/day that I got from this agency I discovered over the internet and they paid me 95 dollars every hour.
For more detail…  https://indeedgold.blogspot.com/

Stay At Home Mom From New York Shared Her Secret On How She Was Able To Rake In $5000 Weekly From Online Work Just 3 Weeks After Losing Her Old Job… j1
Read More… http://bizpay1.tk