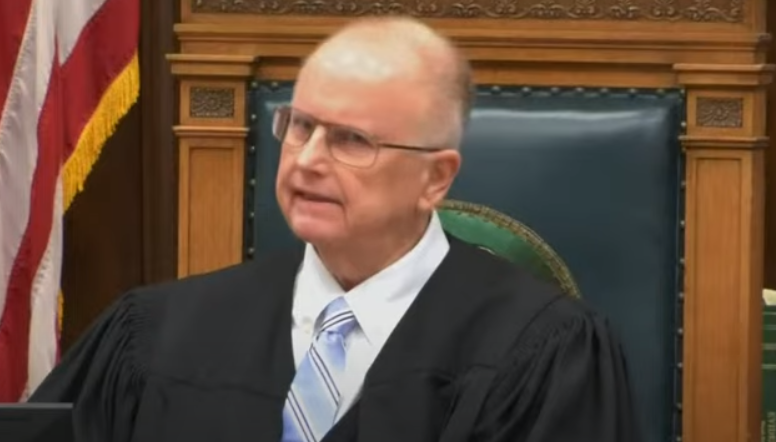 On Wednesday the judge overseeing the Kyle Rittenhouse case sandblasted CNN legal analyst and resident creeper Jeffery Toobin. Judge Bruce Schroeder called out CNN and their legal experts for their ‘obvious’ ignorance of the law.

“I’m going to comment about the media — again,” the judge said, noting that a talking head called the case the “most divisive case in the country to date,” Law & Crime reported.

The media, he said, are “saying things that are totally bizarre.” CNN’s Toobin and “another attorney” on the network discussed the “uncommunicated threat rule,” an “ancient rule of our law,” the judge outlined, the report said.

“This was on CNN — Jeffrey Toobin and another attorney there … A comment was made that the ruling was incomprehensible,” the Schroeder explained. “And I think they obviously are not familiar with this rule. That’s our law. That’s the law in the Jackson case; it’s the law in the case of the United States against Craig A. Smith, which is 230 federal second 300, a Seventh Circuit case from 2000. This is admissible evidence.”

According to Law & Crime, the discussion came up in the courtroom as defense challenged prosecution’s ask to show video with narration the defense deemed “hearsay that was inadmissible.” Ultimately, Schroeder only allowed the prosecution to turn on the audio for portions of the footage shown to the jury.

Kyle Rittenhouse judge just lit up CNN and Jeffrey Toobin for not understanding the law pic.twitter.com/ovnjGfWwWR

I don’t think it’s ‘ignorance’… More like a warped spin on reality just to get views on a case liberals don’t really care about. What do you think? Let me know in the comments below.