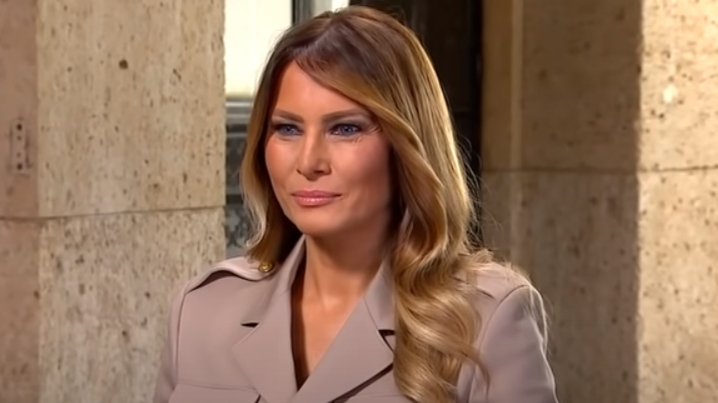 LA Times writer Robin Abcarian justified the FBI digging through the former First Lady’s personal belongings. Abcarian made it clear that she doesn’t feel bad for Mrs. Trump and even victim shamed her and made sick comments about her sex life. In a Wednesday column, she first claimed the search through Mrs. Trump’s wardrobe was “legal” and then claimed she deserved it for being “married to a sticky-handed former president.”

Then in what seemed steeped in pettiness, Abcarian got revenge on Mrs. Trump for wearing the infamous jacket emblazoned with the words, “I really don’t care, do you?” writing the same catchphrase in response to Mrs. Trump complaining about feeling “violated.”

Abcarian first made fun of Melania Trump’s stress and shared a quote that she thought was funny: “‘What were they looking for,’ quipped my reliably funny friend Roy Rivenburg, ‘Victoria’s National Security Secret?'”

Abcarian basically said that Trump was an easy target because liberals hate her.

The columnist wrote, “Melania never seemed comfortable in the role of first lady, and it was always painful to watch her strained interactions with her husband. And yet, even while she seemed sometimes an object of pity, she was not a particularly sympathetic figure. She left office as the least popular first lady since such surveys were conducted.”

Abcarian acknowledged, “While it’s unsettling to have strangers paw through your closets and unmentionables, the unprecedented search of Melania’s bedroom and closets was legal.” She added, “The warrant applied to all the rooms of Trump’s residence — his office, his storage rooms and ‘all other rooms or areas within the premises used or available to be used by [Trump] and his staff.'”

She then went on to blame Melania Trump, “This is simply the price you pay when you are married to a sticky-handed former president who is unable to grasp the difference between things that belong to him and things that do not.”

Abcarian continued: “Turns out you have to put up with the occasional search warrant in service of the occasional suspected felony. And the occasional besmirching of your panties by government hands, even gloved ones.”She also claimed that if Mrs. Trump is “never going to feel comfortable wearing” her underwear “ever again,” she “has the wherewithal to toss them out and get some new ones.”

The columnist even made some joke about the former first couple’s sex life. She quoted an anonymous friend of the former first lady, who claimed, “It’s her bedroom. Even her husband isn’t allowed in her bedroom,” Abcarian quipped, “Well, then, where do they … ah, never mind.”

Abcarian mocked Mrs. Trump using the slogan from her now-infamous coat, stating, “To borrow a phrase made famous by Melania herself, I really don’t care, do you?”

The writer concluded that Mrs. Trump should be angry with Mr. Trump and to basically not to express how she feels violated by the invasive search.

“Melania Trump may have felt besmirched by the FBI rifling through her drawers. But the blame is squarely on her husband. Acting as if he is above the law, he brought the FBI to Mar-a-Lago in the first place.”