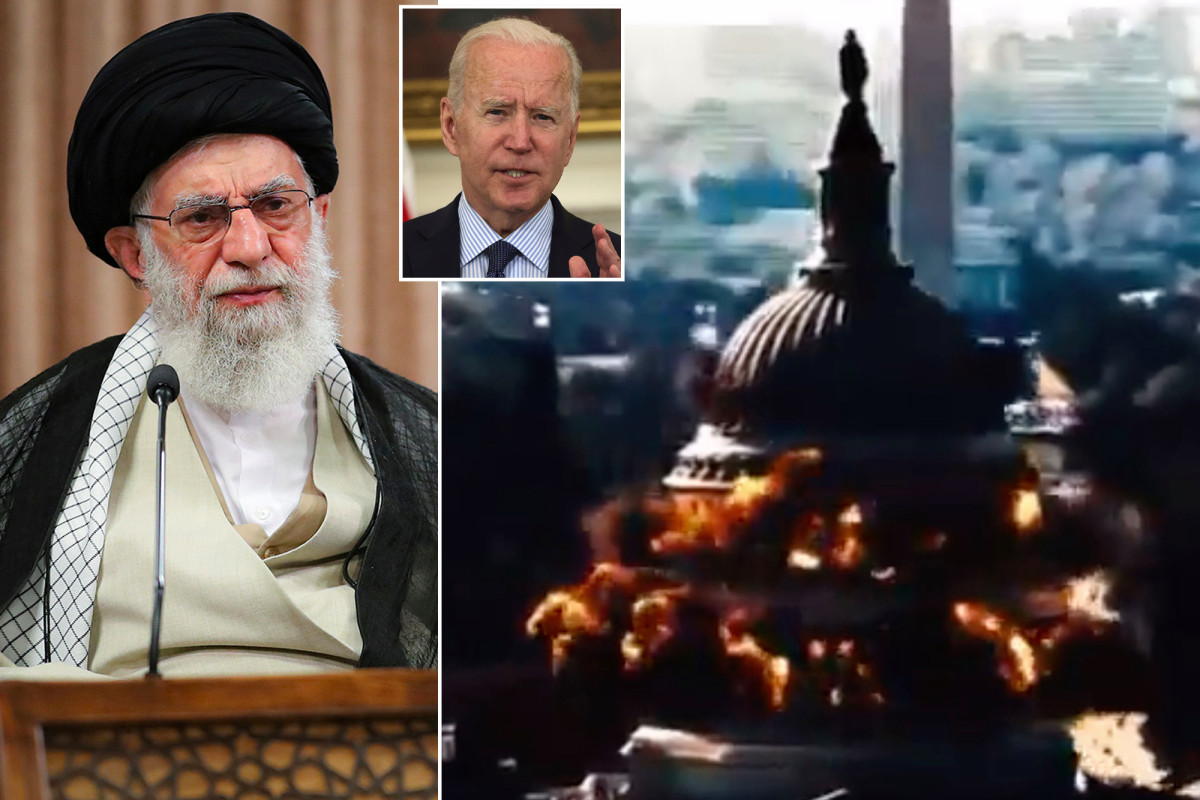 Biden is negotiating with Iran, the country where they stand in the streets, and chant “Death to America.” They want him to lift all sanctions against Iran in exchange for promises Iran has no intention of keeping and Biden will be too weak to stop them. Now, the Iranian government has made a video in which they show them destroying the Capitol.

Yes, it’s propaganda. But it shows the anti-US ideology of #IRGC,which is rising in power

Should the #US give #Iran billions in sanctions relief before addressing the challenge of IRGC? pic.twitter.com/Yp4z4igwWL

At the same time the Biden administration was trying desperately to cut a nuclear deal with Iran, we find out that John Kerry outed Israel for attacks in Syria of Iranian assets. Unlike Obama, Biden will probably submit any deal to the Senate for ratification.

If every Republican votes no, the Democrats could squeeze out a win if every Democrat votes yes. Kamala Harris will then break the tie.

The video was played on Iranian state TV before a speech by Iran’s geriatric supreme dictator Ayatollah Ali Khamenei.  The Revolutionary Guards (IRGC) were parading and it shows the US Capitol exploding. This is what we are dealing with.

What is even more troubling is that Iran claims they received $7 billion from the UIS and Great Britain as part of a deal to get Iran to release the hostages.

It could have meant that Iran was expecting the money in the deal. But, since it is Biden, no one will ever look into the matter. The Obama/Biden administration sent pallets of cash to Iran in order to release hostages and to get Iran to sign on a deal that was so murky, Obama refused to send it to Congress for ratification.

The video is accompanied by cheesy Farsi singing meant to stir up hatred against the USA and our ally Israel. The Persian lyrics are: “The palace of oppression (US Congress) was destroyed by the Alavi (Imam Ali’s) IRGC, and the good news of the liberation of Quds (Jerusalem) arrives from Iran.”

In November 2019, Supreme Leader Ali Khamanei ordered Revolutionary Guards and Basiji militia to crack down on demonstrations against the tyrannical anti-US regime. Protestors had been waving US and Israeli flags. Khamanei’s thugs proceeded to kill over 1,500 mostly young people, including 14-year old Nikta Esfandani shot in the head in Teheran.

A year ago, more than 10 Iranian ballistic missiles armed with high explosives struck the Ain al-Asad base in Iraq, injuring  U.S. troops posted there.