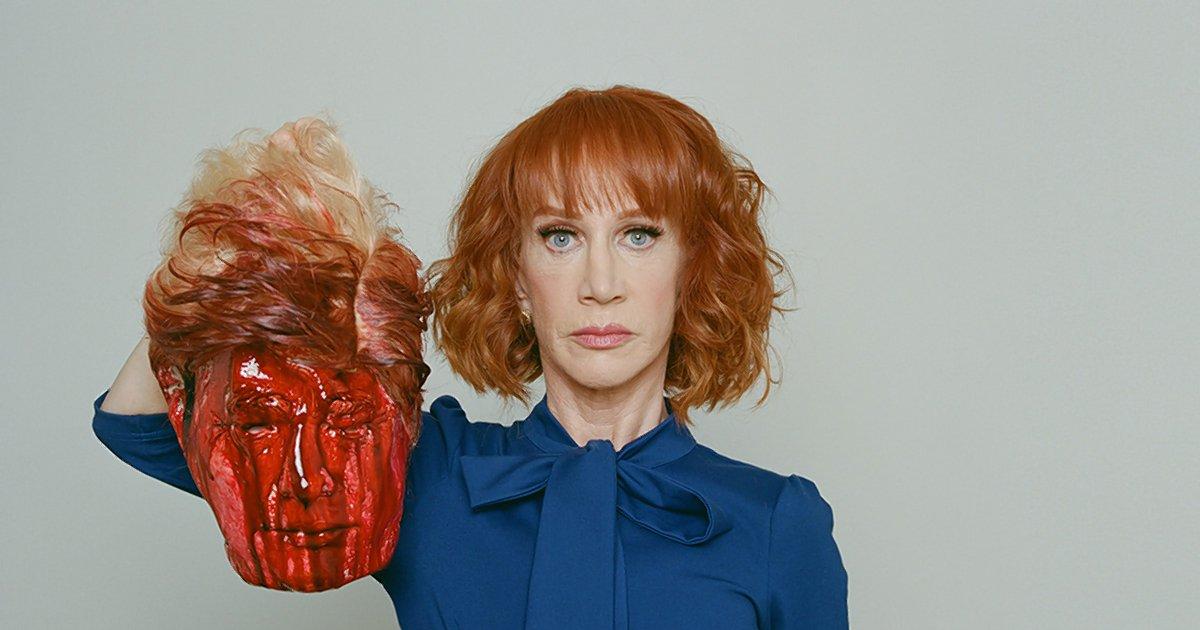 She’s baaack, and not in a good way.  Remember this?

Kathy Griffin thought that America would rally behind the picture.  She hoped it would bump her Z-list status to an A-lister.  Then, the impossible happened.

The picture sparked public outcry.  Griffin lost all of her sponsors, paid gigs, and any other source of income.

Well, if you’ve been wondering what Griffin has been up to since then, you’ve come to the right place.  On Saturday, she posted a strange YouTube video in which she admits that she “lost her mind”.

I just want you guys to know, when I get home, I do not have one single day of paid work in front of me.

Are we supposed to feel sorry for this?

Apparently, some want Griffin to get back into clubs and do standup.  However, she’s not planning any of those gigs anytime soon.  Can’t really blame her; she’d probably get heckled to death.

Additionally, Griffin’s legal bills are “through the roof”.  Thus, she’s turning down any fundraising requests.

I know I took a picture that offended a lot of people, but this wall of crap has never fallen on any woman in the history of America like it has on me.

Then, she attempted to keep her relevance in Hollywood even though she’s blackballed.  She said she assumed Harvey Weinstein would probably be following her next.  This, after hearing that Rose McGowan might have been tailed by Weinstein and his associates.

At the end, she expressed her desire to be back on a television show.

I would love to be on a television show. And I want to be paid what the guys are paid.

Watch her video below: