Everyday as I read the news, see statements and review the talking points coming from the politicians who are supposedly leading our nation, I wonder how on Earth could anyone be so out of touch.

While I do not pretend to know what (if any) is the state of Kamala Harris’ relationship with the Creator, I do know that when she references scripture for political purposes it sure does feel … forced, fake and ‘cringe’.

If you were wondering how Jesus would feel about the Covid vaccine and whether or not you should get one, don’t fret, Kamala Harris knows his position on the issue …

Vice President Kamala Harris urged supporters to get the vax because the Bible says so.
These dirty people only quote the Bible when they want to push their far-left agenda.

Kamala Harris: I do believe that that act of getting vaccinated is the very essence of what the Bible tells us when it says love thy neighbor. Right? Because what we know is, one can ask, “Who is one’s neighbor?” Is it the person who lives to my left, lives to my right? I know them, may borrow a cup of sugar. Right? But what we know it means when we talk about love thy neighbor.

The Bible also says to not screw a married man but that didn’t stop you, did it? 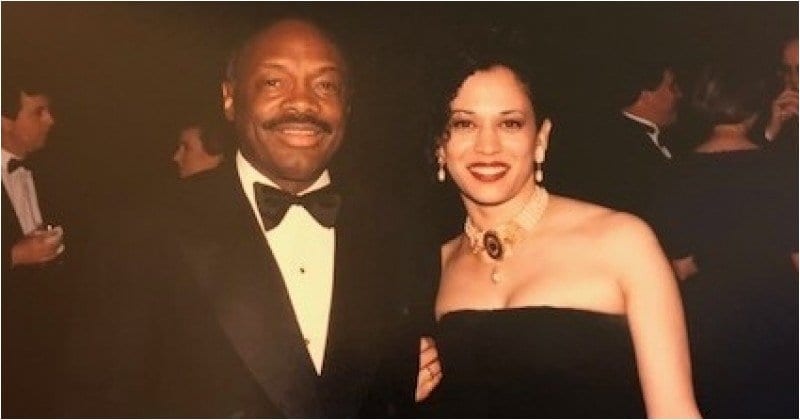 In case you have been living under a rock for the last few years, Kamala Harris famously carried on an affair (that launched her political career) with San Francisco Mayor Willie Brown.

Harris is known for being willing to do ‘anything’ to advance herself in the political world.  Take this excerpt from a Biz Pac Review article:

Idiots Twerk On Ambulance After Shooting In Oakland, CA

‘Appearing on Fox News’ “Tucker Carlson Tonight,” Kelly was discussing Thursday how Harris doesn’t appear to stand for anything other than advancing her own cause when he noted that the Democrat “started out her political career as Willie Brown’s bratwurst bun.”

In stating that her personal ambition was of cutthroat proportions, Kelly further stated that Harris “will do anything to get ahead.”

The remark had the perpetually aggrieved left in an uproar, after all, how can he say such a thing about not just a woman, but a woman of color? Didn’t Kelly get the memo that it’s verboten to criticize this demographic?

What is true is that as a young prosecutor in San Francisco, Harris did engage in an extramarital affair with former Mayor Willie Brown, a man some 30 years her senior, who was then the Speaker of the California State Assembly. It is also true that Brown appointed her to two state boards, one with a salary of $72,000, and that he gave her political career a boost. In 2003, with Brown serving as mayor, Harris was elected to office for the first time as district attorney of San Francisco.’

If Kamala Harris is a true Christian then I’m Mickey Mouse.

Wow… she was never good looking. Just another crack head. Probably was pals with hunter too.

And Willie Brown wore out her knees

Screw that bitch! I believe that is blasphemous saying such a thing. The Savior and King, Jesus Christ is seated at the right hand of God the father. Our God’s judgment on mankind will be fair and impartial. His punishment swift and eternal. His reward through Christ Jesus, eternal life. These immoral garden slugs will be held accountable for every idle word. Just as I will be. There will be no mercy in those days. Come Lord Jesus come! 🙏!

The daughter of satan got her talent from her father all right.

Sorry, if Kamala knew Jesus, she wouldn’t have been a whore most of her life!

So… Apparently she believes Fauci is Jesus now?

I have been working from home for 4 years now and I love it. I don’t have a boss standing over my shoulder and I make my own hours. The tips below are very informative and anyone currently working from home or planning to in the future could use these…check The Details….. https://Www.Webcash1.Com

Prove it. All your article says is “She said it,” with nothing else to back it up

You want proof ? Do a web search you just might find out its true only if your willing to do just that.. But if your a liberal and support her that you will keep asking for proof

Took the words…um,”out of my mouth”..

And for her to got off her knees with other men

Kind of odd that a woman who advance in politics by being on her knees pleasing others was out spreading gods words. She is more like Obama the anti Christ

Camel-Ugh has no idea who Jesus is!