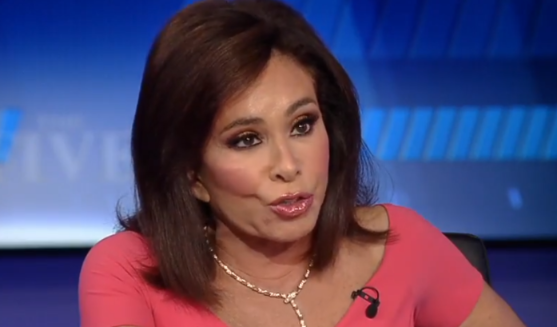 On Fox News Judge Jeanine Pirro set the record straight on the Democrats’ policies of “minimizing the victim and… puffing up the criminal” on “The Five” after a convict freed by a Minnesota bail fund program promoted by Kamala Harris was charged with murder, According to Fox News:

“Local Minneapolis news reported that one of the people bailed out by the Minnesota Freedom Fund, Shawn Michael Tillman of St. Paul, was out for three weeks before he allegedly murdered an old nemesis with whom he had “beef.”

Tillman, who was bailed out on April 29 in connection to an indecent exposure case, allegedly fired six bullets into his victim at a St. Paul light rail stop on May 20, killing him.

A surveillance video from 4 a.m. that day showed the victim falling onto a sign, then the floor after the first shot hit him. The second and third shots came as Tillman allegedly approached the victim before the fourth went to the victim’s head as he attempted to shield himself.”

Democrats in the last few months have tried to change history right in front of Americans. The ‘defund’ crowd now claims that they are the ‘law and order’ party. Judge Pirro snapped at Harris’s request for funds for the program that lead to this recent murder saying, “but she tweeted if you’re able to chip in [to] the Minnesota Freedom Fund to help those protesting on the ground”.

Judge Pirro concluded, “It happens every day in America. People are being freed with no bail or being freed, even though they’ve had guns, they can go out and get another gun, they go out and they kill somebody.”

That’s the interesting thing about Democrats’ attempts to erase history. They defunded the police. Funded programs that freed violent criminals now claim to be the ‘hard on crime part’ and they honestly believe Americans or going to buy the lie.