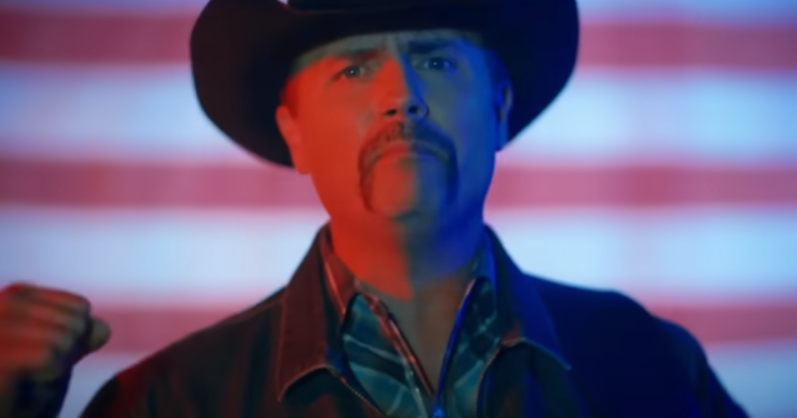 The singer covered the frustration most Americans are feeling right now including the disgust we all feel over the troops and their families that were abandoned in Afghanistan— Many who served 20 years in the name of freedom only to be forgotten by the Biden team.

The first verse begins with words that express the feelings of people who are justifiably overwhelmed with the many unprecedented changes that have occurred in the past two years:

“There’s a hole in this country
Where its heart used to be.”

The chorus continually blasts Democrats and references the ‘mess’ they’ve made of the cities they serve:

“Stick your progress where the sun don’t shine|
Keep your big mess away from me and mine
If you leave us alone we’d all be just fine.”

In one verse, Rich’s song compares the current administration’s zero-border policy with its ruinous withdrawal from Afghanistan that led to the deaths of 13 military service members:

“They invite the whole world to come live in our land
And leave our countrymen dying in Afghanistan.”

In another verse, the lyrics provide a commentary on the current tendency to denigrate and even try to eliminate Christianity in order to replace it with allegiance to the almighty state:

“They say let go of Jesus and let Government save
You can have back your freedoms if you do what we say.”

The lyrics of “Progress” also make reference to the dictatorial policies of censorship in its various forms, which government officials have employed:

Rich originally released the song independently on Trump’s Truth Socal platform. On the first day of its release, ‘Progress’ soared to become the global No. 1 single on the Apple Music charts.

So what do you think about it? Personally, I haven’t been able to relate to a song more in a very very long time.