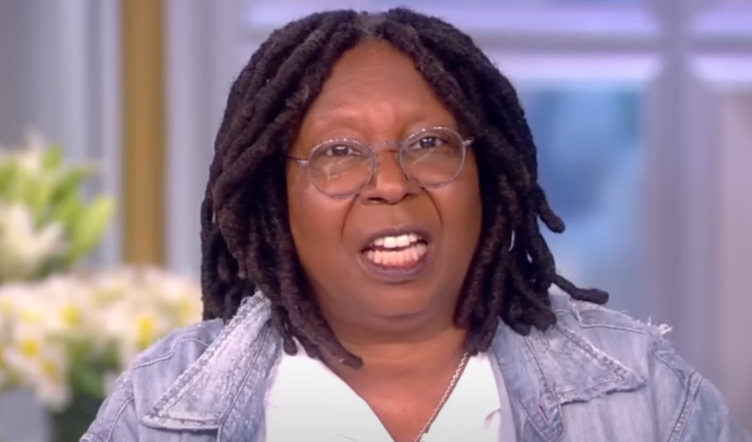 Let me just start by saying that Whoppi will probably never leave ‘The View’. What happened was the former comedian made a joke and nearly got canceled over it. Goldberg attacked South Carolina Senator Lindsey Graham and joked that ‘maybe he is getting married’. Graham wants to return gay marriage right back over to the state. Goldberg played into the worn-out liberal rumor that graham is a closet homosexual.

Goldberg’s attack came as White House Press Secretary Karine Jean-Pierre was talking about Graham’s national 15-week abortion ban bill. “Senator Graham had said maybe about a month ago, early August, that he believes when it comes to marriage when it comes to abortion, it’s for states to decide. So, Senator Graham, what changed?” she huffed.

“Maybe he’s getting married,” Goldberg blurted out. She dabbled in the homophobic rhetoric by adding: “Do it quick because I know people are fooling around with our marriage rights. Whoever, wherever you stand.”

Jean-Pierre, who’s openly lesbian, knew where things were going when Goldberg opened her mouth the first time, exclaiming “Oh,” looking away from the co-host, and not addressing it.

Following the commercial break, Goldberg returned and immediately gave a forced non-apology where she didn’t mention what she was apologizing for but defended what she said by calling it “a joke.” “I need to make clear that I was doing what I do as a comic. Sometimes I make jokes, and it was a joke. Nothing more than that,” she defended herself.

She then admitted that she got a talking-to during the commercial break, which she obviously didn’t take seriously, quipping: “I just got a whole conversation about people misunderstanding the joke. I mean, okay. I should probably never do this show again. If this is what it’s coming to, no.”

“It was a joke, guys,” she concluded on the matter.

Suggesting that she leave the show is the first common sense statement I have seen Goldberg make in years. She used to be funny, ages ago. Now she’s just perpetuating derangement and it’s sad.