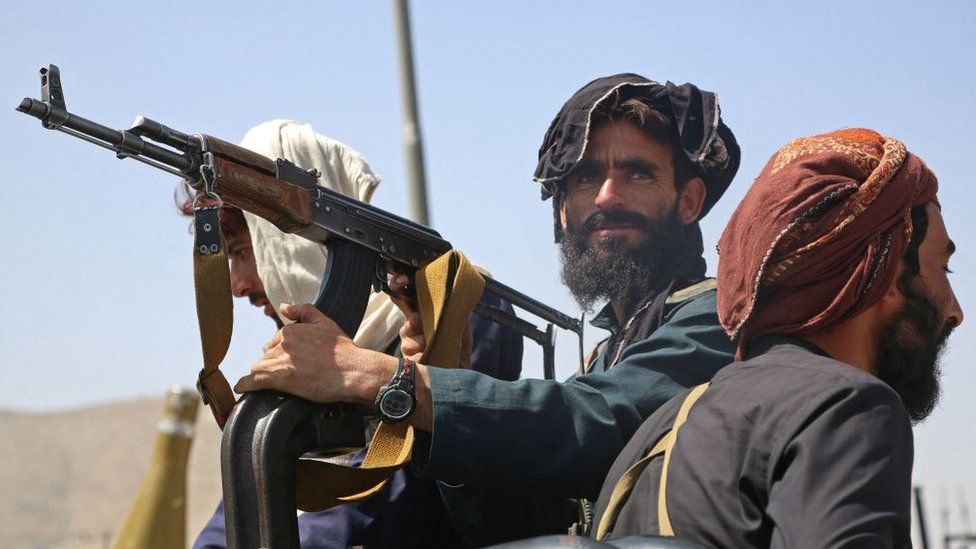 Satellite imagery run by analysts is being used among a chain of “hundreds of thousands” of people to find Taliban checkpoints near and around the Kabul airport all working to help evacuate Afghan interpreters from the country according to an Afghanistan veteran who works with the coalition.

NOTE: It was determined that this story will not put anyone in Afghanistan in harm’s way, as the Taliban already know the efforts are going on. It’s high time the American people knew as well.

The interpreters are being targeted by the Taliban because they helped US allies during the Afghanistan war doing things that helped us a lot more than just translating for us, according to Matt Zeller. The Biden administration, thanks to the “big guy,” really screwed up the withdrawal from Afghanistan by having zero priority for the American civilians and our Afghan allies to get out of the country. The damaging effects from President Joe Biden’s decision in how we were going to leave will harm America’s standing in the world for a very long time.

“These people that we’re talking about … they were our eyes and ears on the battlefield,” Zeller told Fox News, telling them that Taliban communications were overheard ordering their fighters to shoot and kill the interpreters first.

“From the Taliban’s perspective, they won,” Zeller, a former CIA analyst, added. The Afghan interpreters “are the people who have been helping us to kill them over the last 20 years.”

“They want revenge, they want retribution,” he said. “There’s no place for these people in Afghanistan.”

We owe it to these brave people to get them out. What are the politics of the Biden administration where they have to be chastised into helping them? Is it because they believe, unlike the hundreds of thousands of illegal migrants they are bringing into our country every month, that the Afghans will not vote Democrat? Is that why Biden has abandoned them?

Estimates show about 20,000 interpreters and their families are now trapped with the Taliban inside Afghanistan.

Zeller said hundreds of thousands of people have joined the movement to get these interpreters out and that it could grow into millions by the time the evacuation efforts are over. He referred to the network of volunteers as a “digital Dunkirk.”

“If you served in the Afghan war and you still care about these people, chances are you’re probably part of the digital Dunkirk,” Zeller told Fox News.

Zeller said the movement started with an “army of veterans” getting pinged by Afghans, and said the network has grown to include organizations for human rights, faith and political advocacy.

Visit NoOneLeft if you want to help.

Zeller added, “We’ve had intel analysts who have come and started doing satellite imagery analysis and actually putting together products for people where they’re mapping out Taliban checkpoints in real time using social media data” to arrange safe routes to the Kabul airport.

The Taliban in their efforts to make themselves appear to be more moderate, something our clown car media have fallen for, have said they will forgive Afghans who helped the United States during the war, but the terrorists have created checkpoints blocking all paths to the airport and multiple reports are coming in that the Taliban are killing people they find who helped in the fight against them. I hope no one actually expected terrorists to keep their word.

“If you have an English document on you in that checkpoint, they take that document,” Zeller told said. “And they make note that you’re now on their list.” That list means you’re dead.

“If you get people who get there, they need to be prepared to wait up to nine, 10 hours, in horrifically hot, humid conditions, with no water, no food no bathroom,” Zeller told Fox. “Just the worst possible conditions you can think of.”

“Because on top of that, the Taliban are shooting indiscriminately into the crowd and over everybody’s head,” he continued. “It’s just complete and total chaos.”

None of this had to happen. Joe Biden caused this. Biden has a history of being against the Afghan war and against the US military for fighting the war. For his own childish reasons, Biden didn’t want to execute the Trump administration’s withdrawal plan, and he wasn’t up to the task of coming up with his own plan. When he was being pressured by the Pentagon, the State Department, and others, he just made the decision to get the military out asap and without concern of getting the Americans and our Afghan allies out first.

“I would love for someone to call up and say ‘Major Zeller, you need to put your uniform on, you’re being sent to Afghanistan to help out with us,’” Zeller said. “I don’t know of a single veteran that I’ve spoken with who feels any differently.”

Zeller said it’s unimaginable what it must be like for the American troops at the Kabul airport, “who have to stand 50 meters away from the Taliban and watch them be thugs and not be able to do a damn thing about it.”

“I was appalled that the secretary of defense said he didn’t have the ability to guarantee the safe movement of Americans to the airport in Kabul,” Zeller said. “He absolutely does.”

“He has the United States military,” he continued. “What he doesn’t have is the orders to move those people.”

There’s an old saying in the military that we “never leave a man behind.” Joe Biden left tens of thousands of people behind. He is a disgrace.

Again, visit NoOneLeft if you want to help in any way.