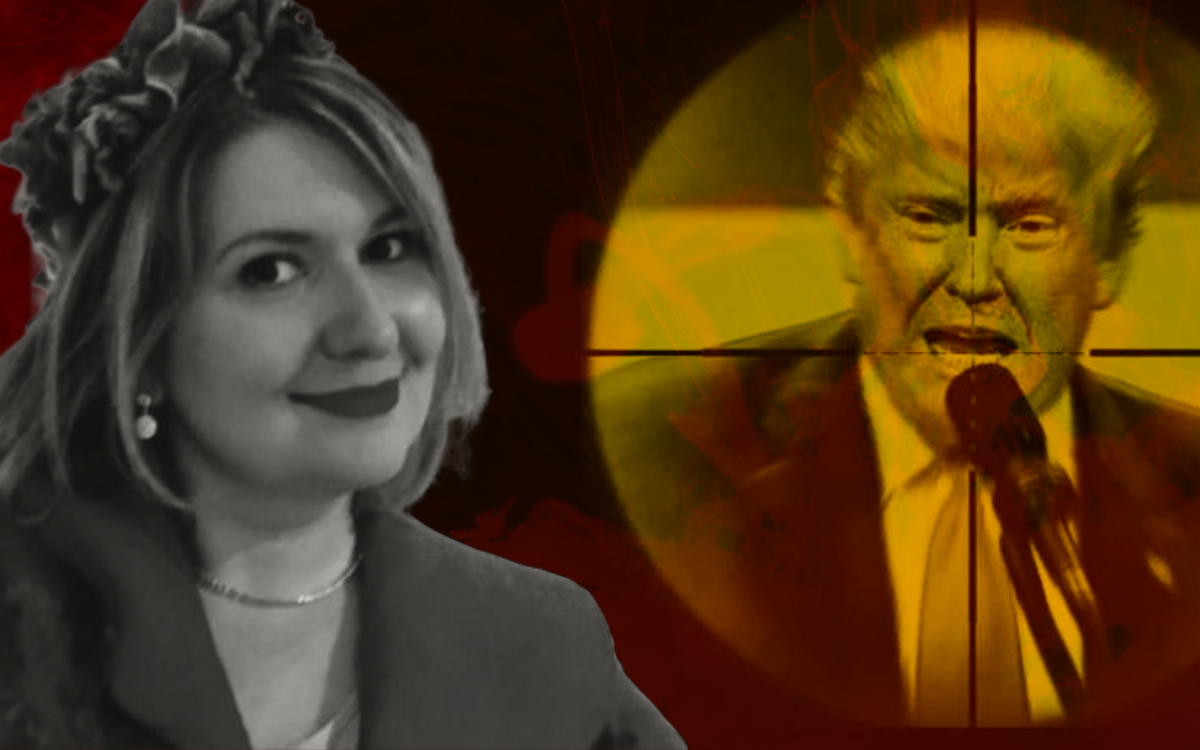 I don’t know about you, but I have been surprised that there has not been any news about serious attempts on President Trump’s life since he left office.

The left has made it clear that they would rather burn the republic to the ground than see President Trump back in the Oval Office.  With Trump’s approval rating so high, and the media and left’s popularity so low, it seems to me to be only a matter of time.

Now we are seeing figures who were central in the creation of, and perpetuation of, the Russian Collusion hoax/coup attempt against Trump beginning to set the Trump assassination narrative, priming the pump for the ‘Putin did it’ crowd …

‘A series of tweets by Russia Collusion conspirator Alexandra Chalupa is cause for concern.  Chalupa’s tweets hint at the assassination of  President Trump.

Alexandra Chalupa was in the news previously.  She was suspected of being one of the key players in the Trump-Russia sham that was created by Hillary Clinton but took life with the help of Chalupa.

She also worked with the suspected fake ‘whistle-blower’ in the first garbage impeachment, Eric Ciaramella.

Speaker Pelosi had an intern who was connected to Alexandra Chalupa.

A couple of days ago Chalupa tweeted out some scary tweets regarding President Trump.

Chalupa 🌮 is already putting the signal out pic.twitter.com/uGgtIcXMUG

Chalupa is also still using the BS Russia collusion as the vehicle to support her accusations on President Trump.

This is very concerning based on Deep State’s prior actions.  They spied on candidate and President Trump and anyone in his immediate orbit including family members.  They made up BS crimes and are still doing it with Jan 6th arrests. They created two BS impeachments.  They stole the 2020 election.

Is Chalupa warning President Trump or is she announcing a call to action?