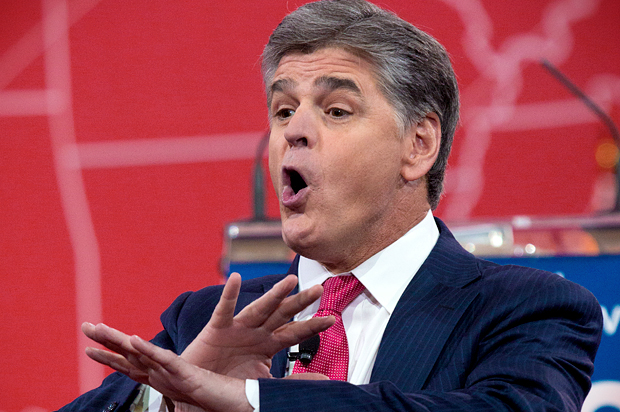 So here we are folks, Biden says everything is grand while the house burns to the ground. Inflation is at a 40-year high and that clown threw a party to celebrate his success.

Then we have his league of Democrats selling all the phobias to liberals while families struggle just to get by. Lets not forget, the borders are ‘secure’ according to Kamala Harris.

Sean Hannity went nuclear on Dems Tuesday for dipping into their old ‘election year playbook’ while pretending that Biden is doing a stellar job:

“So now with the midterms around the corner, Democrats want you to forget all about this. Instead, they want you to focus on only three main distractions. Here’s their game plan for the next 57 days. They are attempting to divide the country on the basis of race and gender and age, etc.. It’s their usual playbook, their election year playbook or election year lie depending on how you want to characterize it. Republicans are racist, sexist, homophobic, xenophobic, Islamophobic. They want dirty air, water. You know the routine. Second, Democrats want to gin up hysteria around abortion and yet another lie.

They will attempt to scare voters by claiming that abortion is illegal. That simply is not true. After the Dobbs ruling abortion is still very much legal, and the vast majority of states and I have it on good authority that Republicans in the Senate will bring up a national abortion law sometime this week that will have a mandate of time of 15 weeks, which is what the Mississippi law called for. And that brings us to the third distraction. As we speak, Democrats are trying to dehumanize and vilify, quote, “those evil rascally MAGA Republicans and Donald Trump supporters” in order to rally their base, according to Biden and the Democrats.

Half of America is now a threat to democracy simply because they now support or once supported Donald Trump. So instead of trying to fix the economy or dare talk about it, or the border or the fentanyl or opioid crisis or the crime crisis, Democrats have been wasting almost all of their time and billions of your tax dollars with one investigation after investigation into all things Donald Trump.”

Concerns about persistent inflation were renewed Tuesday after federal data showed prices increased 8.3% in August compared to the same month one year earlier, while core inflation rose 6.3% year-over-year. Both numbers came in hotter than economists expected.

Biden’s policies have contributed to a “triple threat” that has slammed household budgets, according to Tomas Philipson, an economist at the University of Chicago and acting chair of the White House Council of Economic Advisors during the Trump administration.

“He’s increased demand dramatically with the fiscal policies, which is basically pumping up demand. Increased demand raises prices,” Philipson said. “And then he has restricted supply, particularly in energy but also in other sectors, by his regulatory state, which compared to Trump is massive. It’s massive even compared to Obama.”

My last month paycheck was 11000 dollars… All I did was simple 0nline work from comfort at home for 3-4 hours/day that I got from this agency I discovered over the internet and they paid me 95 dollars every hour.
Visit for more detail… https://cashliberty7.blogspot.com/