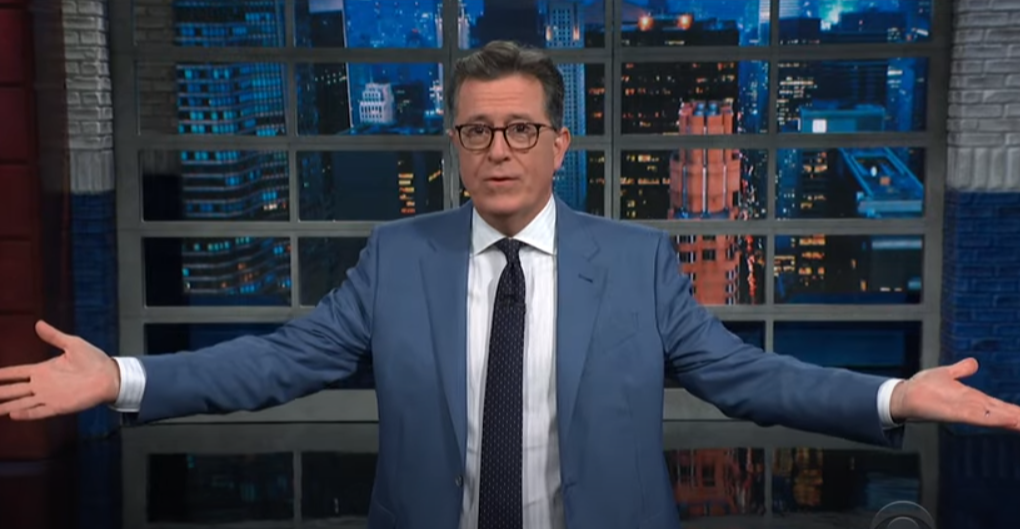 Photo via video 1020 by 529 pixels
FacebookTwitter

Michigan GOP gubernatorial candidate Tudor Dixon shredded the late-night host after he attacked her for saying that she personally knows a Demcrat who has turned to the GOP this election.

Fox News host Dan Bongino asked Dixon about the supposed apology late-night host Stephen Colbert offered after falsely accusing Dixon of lying when she told a story about a constituent who had told her “just a few weeks ago, not only was I a Democrat, but I was running for office as a Democrat,” and that because Democrats wouldn’t stand up for children he was leaving the Democratic Party.

Colbert’s claim was debunked by the Detroit Free Press, Michigan’s largest newspaper, which spoke to the man, whose name is Khalil Othman. Othman told the paper that Dixon’s story was true.

After the story was confirmed, Colbert’s apology sounded hollow. He began by stating, “Here’s the thing, I don’t make many mistakes that I’m willing to admit. But when I do, I’m big enough to admit them.”

But then he segued, “It is a terrible thing for someone to deny your very existence. Just ask trans people. Therefore, I, Stephen Colbert, acknowledge that you exist and ask that you forgive me.” Then he mocked Othman for suggesting Colbert should have done a more thorough search before attacking the story as false.

“What’s your reaction to this clown Colbert and his so-called fake apology,” Bongino asked Dixon. “That didn’t seem genuine at all.”

“Obviously, it’s not genuine but I actually kind of love it because it’s exactly how they are treating the people of this country right now,” Dixon replied. “Democrat elitists are coming out and saying, ‘Your concerns are not real. These are not problems. We are concerned with only our woke agenda.’”

“And that’s exactly what Khalil was trying to say,” she continued. “He came out and said, ‘I want our kids to be able to go to school, go back to the basics.’ It’s what we’ve been talking about in Michigan. Getting back to reading, writing, and math. And they have just been written off, the concerns of parents have just been written off. I think it’s fantastic to see that now they are openly saying that these people don’t exist. They are openly saying that the concerns of the American people don’t matter because, listen, we are saying, ‘We hear you. We are going to take care of this. We are going to make that our kids are educated. That they are learning how to read and we’re getting the woke stuff out of our schools.’”

After noting that Whitmer had radically outspent Dixon in the race, Bongino noted polls showing Republican suburban white women moving in droves to the GOP, adding, “They’re parents, too. They’re tired of being ignored.”

Dixon spoke of the suburban moms who were saying, “Our kids got locked out of school. Our kids missed all of their sports; they missed their milestone moments of prom, of graduation, now they’re behind.”

“They know I’m a mom of four kids,” she asserted. “They know I’m passionate about this. They also know that I come from the manufacturing sector, that I worked in a steel foundry for most of my life and I’m going to bring their small businesses back as well. They understand that Gretchen Whitmer’s administration has gone after business so we’re looking at both of the issues. We’re looking at the economic issues in the state of Michigan and also the education issues in the state of Michigan. I know how to bring Michigan back and those suburban moms are realizing that I am there for them 100%.”

A little discussed fact about the Colbert show is that he has recently launched his show in podcast form as he continues to lose viewers. I think his attack against Dixon and other GOP lawmakers is just a failed attempt to remain relevant among his ultra-liberal viewers.