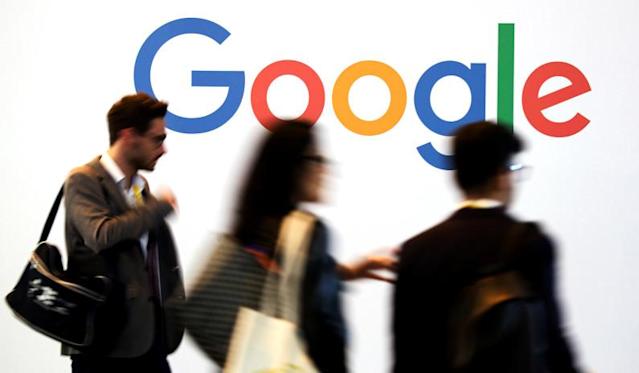 In my humble opinion, the most influential and thus most powerful corporation in the US is Alphabet Inc.

The name, outside our language building block, is unknown to most people.

They are an American multinational conglomerate headquartered in Mountain View, California. It was created through a restructuring of Google on October 2, 2015, and became the parent company of Google and several former Google subsidiaries.

The technology companies that Alphabet controls, including Youtube, Google Search & Android, have been caught censoring content and modifying search results affecting their users’ access to information and in effect molding their views to progressive Marxist ideology.

Critical race theory’s number one critic, Christopher Rufo, has uncovered what Google is teaching its employees.

Google launched an “antiracism” initiative that presents speakers and materials claiming that America is a “system of white supremacy” and that all Americans are “raised to be racist.”

Liberals try to mask their racism by promoting this attack on White Americans as the following:

“Critical race theory is a body of legal scholarship and an academic movement of US civil-rights scholars and activists who seek to critically examine the intersection of race and U.S. law and to challenge mainstream American liberal approaches to racial justice.”

Prager U lays out CRT for the average unbiased person:

This isn’t the first time Christopher Rufo has come across internal employee training materials of this political stripe.

His previous exposes of Disney, Lockheed Martin, Raytheon, and Bank of America have revealed documents that espouse the same doctrine onto their company staff.

This time it’s Big Tech giant, Google. In this case one of the managers of this program was anti-Israeli, and a portion of the materials targets Ben Shapiro.

At one point in Google’s materials, they place Jewish commentator Ben Shapiro in “The White Supremacy Pyramid.”

I have obtained a trove of whistleblower documents from inside Google that reveal the company’s extensive racial-reeducation program, based on the core tenets of critical race theory—including “intersectionality,” “white privilege,” and “systemic racism.” In a foundational training module called “Allyship in Action,” Google’s head of systemic allyship Randy Reyes and a team of consultants from The Ladipo Group train employees to deconstruct their racial and sexual identities, and then rank themselves on a hierarchy of “power [and] privilege.” The trainers then instruct the employees to “manage [their] reactions to privilege”—which are likely to include feelings of “embarrassment, shame, fear, [and] anger”—through “body movement,” “deep breathing,” “accessing [their] ‘happy place,’” and “cry[ing].”

“All it would take is one Google search to learn just how much white supremacists hate my work, or how often I’ve spoken out against their benighted philosophy,” Shapiro replied to Rufo when reached for comment.

It’s worth noting that one of the people involved in Google’s program was their former head of diversity strategy, Kamau Bobb. Someone who resigned from that position after it was discovered Bobb thought of Israelis as “Jewish extremists” that lusted for violence.

Rufo’s Twitter thread applies the visuals while his write-up further describes the situation.

Other “anti-racism” resources, lists, and exercises are written down and shared with Google employees to further their re-education.