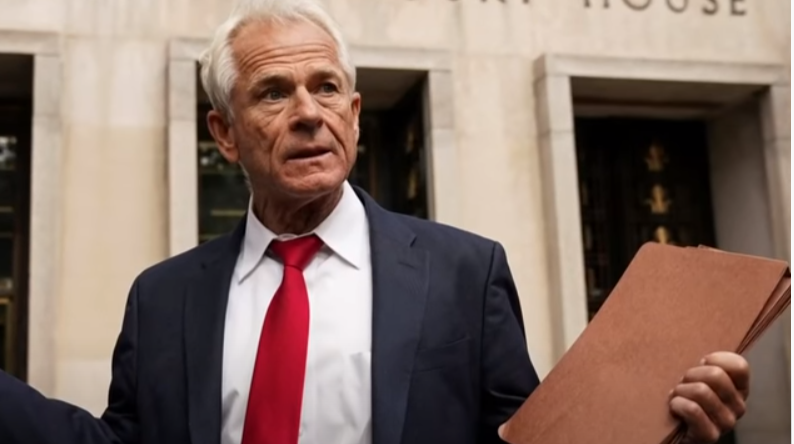 Former Trump adviser Peter Navarro blasted the January 6th witch hunt for treating actual terrorists with more dignity than Americans. The committee has been in a panic as of late because of the time and money they have spent creating connections and building their case and no one cares. Americans have been through the wringer under Biden, and the committee has been desperate to find an audience to hear their conspiracy-packed argument.

Navarro accused the FBI of treating him like Al-Qaeda stating that agents put him in leg irons and strip-searched him as he attempted to catch his flight to Tennessee. A trip that he reportedly informed the FBI of beforehand.

“On Wednesday night, I sent an email to Patricia, the deputy attorney, and said, look, I’m seeking a modus vivendi here. I’m stuck between a rock and a hard place. Let’s see what we can do,” Navarro said.

Prior to his arrest, Navarro also reached out to an FBI agent he named as Walter Giordano — whom he said had been “banging on my door” a week before – in hopes of seeking a détente while his civil suit against Thompson’s committee made its way through the legal process.

“They chose a different route. They didn’t call my attorney. Instead, they went with this shock-and-awe terror strategy – They let me go to the airport and then take me with five agents, like I’m an Al Qaeda terrorist,” he said, adding he was allegedly unconstitutionally deprived of food, water and counsel during his time in custody.

Navarro had accused the government of “preemptively” filing criminal charges against him before his civil suit against the Thompson-Cheney committee is heard.

He told Tucker Carlson the January 6 committee “subpoenaed me illegally” in that it is allegedly not a legitimate committee under the standing rules of the House.

Navarro’s civil suit focuses on two constitutional issues, which he called the weaponization of Congress and the committee’s purported affront to the separation of Powers – as a legislative panel usurping powers of the judiciary.

“[The DOJ and committee] went into this fanciful and absurd notion that Biden, a sitting incumbent president, could strip his immediate predecessor of executive privilege in me, a staff member to the president of what the Justice Department itself, as you pointed out, has absolute testimonial immunity,” he said.

I watched the nets freaking out all Monday morning long about how to get people interested in January 6th again. I think the biggest reason Americans have lost interest in the committee is crisis whiplash really has put things into perspective for some. I also think that people are witchhunt weary—Democrats really overplayed that hand during the Trump administration and look where that has gotten us.