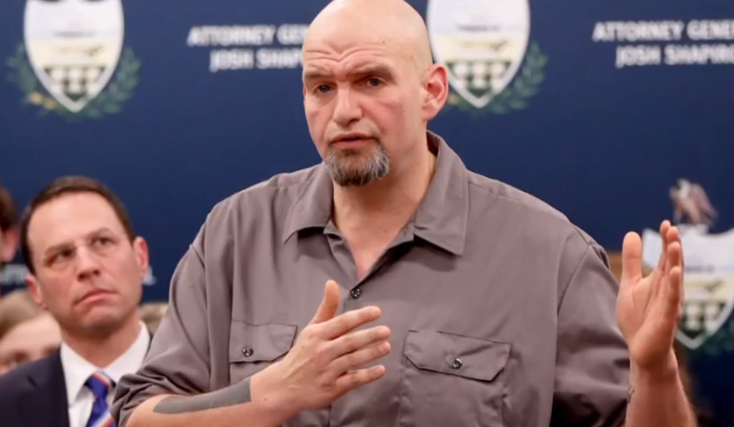 A week after he shocked the nation with a disastrous performance during the debate against Dr. Oz, Democrat John Fetterman at it again. In a mind-boggling interview with CNN’s demoted host Don Lemon, Fetterman failed to convince Lemon that his flip-flopping makes sense.

When Lemon asked him to explain his stance on Fracking, Fetterman said he is “very supportive” of the oil-extraction process because Pennsylvania has passed “some of the strongest environmental regulations” on fracking.

Lemon pushed back, noting the laws went into effect in 2016 and Fetterman denounced fracking in 2018.

“In 2017, I was actually very supportive of fracking directly across the street from where I live, as well, too,” Fetterman replied. The 2018 denunciation was on a progressive YouTube show, where the then-mayor said, “I don’t support fracking, at all, and I never have.”

Lemon was seeking clarification on the moment during the Oct. 25 debate when Fetterman said he did support it.

Since the disastrous debate between Fetterman and Republican opponent Mehmet Oz, the Democrat has fallen in the polls. A recent survey found 47.6 percent of voters would vote for Oz while only 45.9 percent would back Fetterman.—

“Well, I just do. I think that simply is — also, let’s talk about the trillions in massive tax — tax cuts to the corporate — tax structure is well true,” Fetterman answered Lemon.

“Trillions of dollars that have added to the deficit, and now they still want to support those is well true,” he said.

“I think in terms of being very serious about addressing inflation is making sure that those rates are brought back in to align with what they should have been, where they’re able to fight that deficit,” Fetterman added.

“And at the end of the day, we did, I think, made some important points, it’s well true,” he continued. “And I think it also, you know, reminded Dr. Oz the fact that he still believes, you know, with the same kind of abortion thoughts, with [GOP gubernatorial candidate] Doug Mastriano, who believes that local political leaders are the – need to be part of the decision between women and their doctors, is well true.”

Later, Fetterman was asked to respond to Elon Musks’s Twitter takeover, and if Biden should be doing more for the economy. Check out his responses:

One more clip from that crazy interview where Lemon actually did his job for once: Lemon asked Fetterman why he won’t allow his doctors to address the public about his health. Check out that response:

I have to say, between this interview and his debate I am shocked that he’s been allowed to get this far. Fetterman certainly has done well to recover from a stroke in only a few months but he clearly has much more healing to do. He should be allowed time to heal, not running for office—In my opinion.