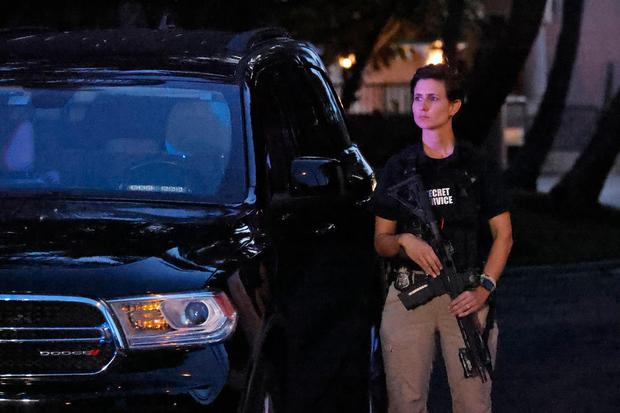 When the Nazis invaded and raided President Trump’s living quarters at Mar-a-Lago they told the staff to shut off their security cameras, but they refused to. Eric Trump claims that the cameras caught FBI agents acting improperly.  He says they searched areas that they were not authorized to search. It has been said that they ransacked the place. If that is true the FBI should pay for all damages.

Eric Trump said that the security cameras at Mar-a-Lago caught FBI agents behaving improperly during Monday’s raid, alleging that investigators were accessing parts of former President Donald Trump’s Florida residence that they “shouldn’t have been.”

In an interview with DailyMail.com, Eric Trump said that because staff refused to turn off the surveillance cameras at the request of the FBI, the Mar-a-Lago cameras captured agents raiding areas that they weren’t authorized to.

“There’s 30 agents there,” he recalled on Wednesday. “They told our lawyer…’You have to leave the property right now. Turn off all security cameras.’”

Eric Trump said that the FBI refused to give Trump’s lawyer, Christina Bobb, a copy of the search warrant but “showed it to her from about 10 feet away,” DailyMail.com reported. He also said he would be “thrilled” to find out if there was a valid reason for the search.

President Trump’s home was raided on Monday by Joe Biden and his lawless regime.

Now there are new details on this horrific abuse of authority.

They searched EVERY ROOM — Likely bugging the place before they left.