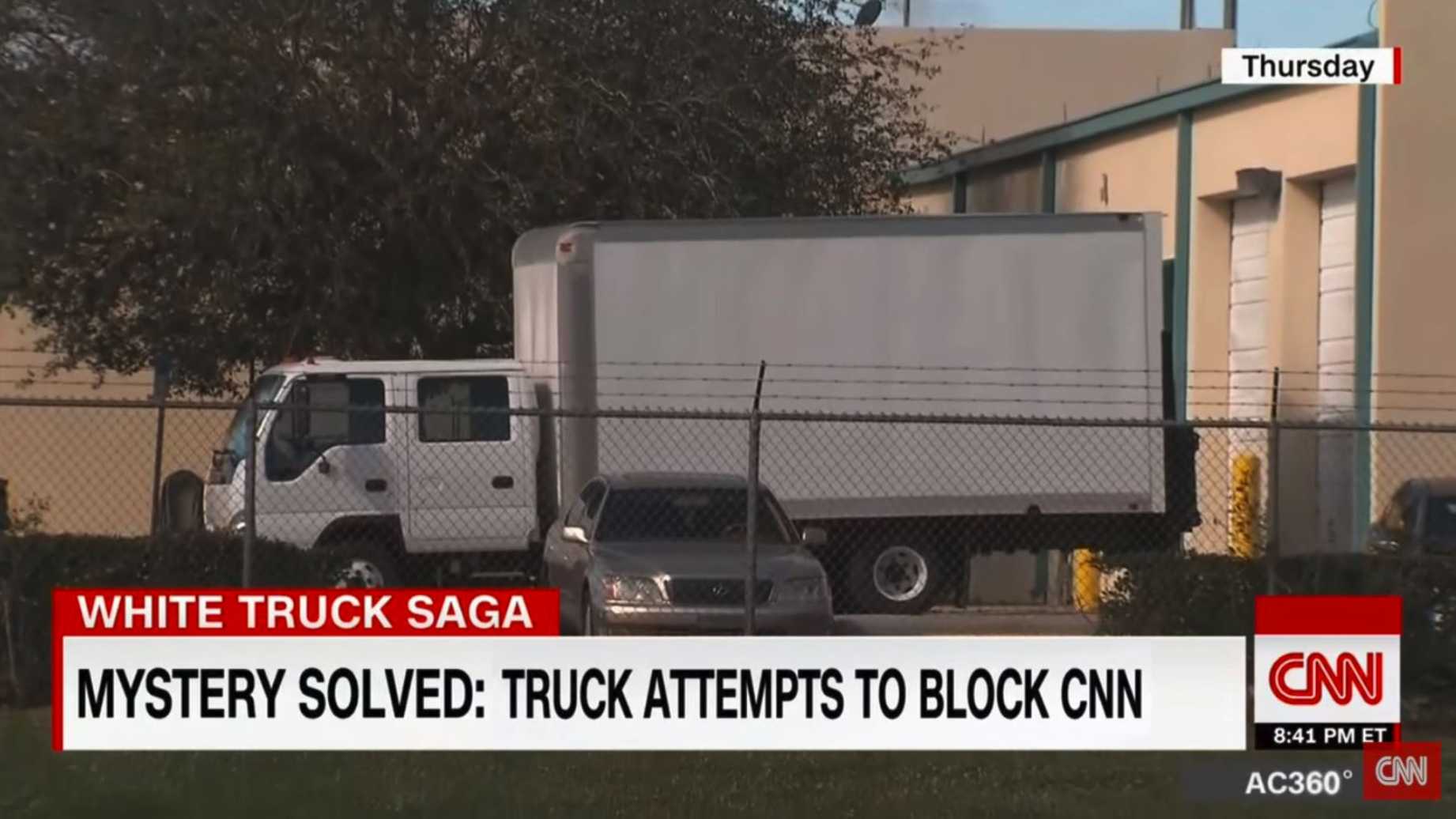 Looks like the White Truck Saga is over.  CNN used some hard-hitting journalism to finally find out who parked that truck in front of Trump’s golf course.

For the past two days, CNN has been consumed with this “conspiracy” to deter from their coverage of Trump’s golf game.  And by that, we mean their low grade stalking the president.  It all started when CNN set up camp outside Trump’s golf course.

It all started when CNN producer Noah Gray tweeted out:

A CNN photojournalist tried to move his camera in order to capture the president.  Once again, the truck moved to block his view.  You have to admit, it’s kinda funny.

Noah Gray’s snowflake was showing in his article about the incident:

A White House spokesperson did not immediately respond to a request for comment, but the truck can likely be seen as the latest, and perhaps most literal, attempt by this administration to limit the media’s access to Trump.

It may also be interpreted it as a sign of how sensitive the White House is about the president’s love of golf. For years, Trump ridiculed former President Barack Obama for golfing. On the campaign trail, Trump said emphatically that he didn’t have time for the sport.

Wednesday’s outing marked the 87th day Trump has spent at one of his golf properties since taking office.

For the past two days, the network has rehashed this “story” over and over again.  In doing so, they were mocked repeatedly on social media and by other news outlets.  Of course, CNN thought they were at the heart of a new Trump conspiracy.

Finally, CNN’s Kevin Liptack had to report the truth.  The Secret Service had no part in obstructing CNN’s view.  This launched a hunt to find the truck.

Looks like Truckgate will remain a mystery.  Perhaps Fake News CNN should start covering the real stories.  The stock market is up, ISIS is on the run, and tax reform is about to help millions of Americans.

Of course, that’s probably too much wishful thinking.  How did CNN decide to spend the weekend?  By stalking the president once again.

President Trump looks pretty amused to see them hiding amongst the hedges.  C’mon guys, is there nothing else you can cover?

SPOTTED: POTUS checking out our camera outside the golf course today, as seen through @petermorrisCNN's lens pic.twitter.com/3cB8Prx0oj

Must be a slow news week.