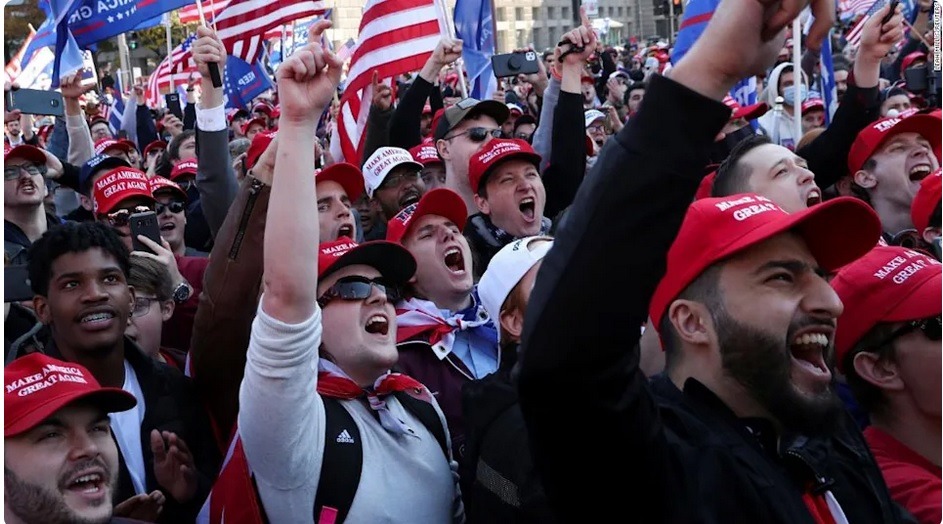 CNN jumped through metaphorical hoops to avoid saying that the North Dakota teen murdered for his political beliefs was a republican. The accused murderer admitted immediately to running the teen over after a ‘political argument’ and said that he thought the teen was an ‘extremist republican’. You know, the ones Biden warned them about?

Shannon Brandt, 41, was released on $50,000 bond Tuesday after being charged with vehicular homicide and leaving the scene of an accident in connection with the death of 18-year-old Cayler Ellingson.

During a court hearing on Monday, Brandt said he did not understand the charges against him — and objected to the bail amount, saying that he was not a flight risk.

“I have a job, a life and a house and things that I don’t exactly want to see go by the wayside — family that are very important to me,” he said, according to Fox News Digital.

First responders who arrived on the scene in an alley near Johnson Street and Jones Avenue in McHenry found Ellingson, who was taken to a hospital and pronounced dead.

Responding deputies then tracked Brandt to his home in Glenfield, located about 12 minutes away from the crash site.

The 41-year-old allegedly admitted to drinking alcohol before hitting Ellingson and initially leaving the scene of the crash.

Brandt said he later returned to call 911 but took off again before cops arrived, according to NYP.

Ellingson reportedly called his mom after arguing with the suspect to ask if she knew him. Reports say that she told her son that she did, in fact, know Brandt and that she would be right there to pick him up.

However, CNN didn’t just whitewash the cause of the teen’s senseless death but buried the fact that he knew the young child’s family. Ruthless.

BRIANNA KEILAR: So, this morning, police in North Dakota say a man has confessed to fatally hitting a teenager with his car after a political argument. CNN’s Adrienne Broaddus is live in Chicago with more. Adrienne, tell us what happened here.

ADRIENNE BROADDUS: Well, Brianna, unlike that story that John just shared with us, this driver did not return to the scene. And authorities are saying, at least at this point, there’s no evidence showcasing there was a political argument before that teen was killed.

Here’s what we do know. 41-year-old Shannon Brandt has been charged with criminal vehicular homicide. Now, he did call police and told investigators he hit a pedestrian. He was later arrested at his home for driving under the influence. His blood alcohol content was above the legal limit. He did consent to a breath test at his home.

He told investigators he feared that teen was calling people to come get him. By contrast, those who knew the teen say they were surprised to hear all of this unfolding.

LOCAL RESIDENT: It’s just impacted the community like nothing I’ve ever seen before. What bothers me, and a lot of people, the most is it has become something political. Which it shouldn’t be. This is nothing more than a person who took another person’s life.

BROADDUS: And this morning, that family is trying to figure out what exactly happened and why. It’s unclear if the teen and the 41-year-old who was charged knew each other. Brianna.

KEILAR: All right, Adrienne, so many questions here. Adrienne Broaddus, thank you for that report.